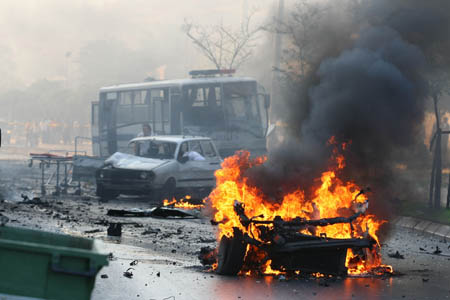 Earlier today, BN reported that some explosions had occurred in Nairobi, Kenya, injuring scores of people. More details of the bombings have been revealed.

There were a total of two bomb attacks that have left at least 10 people dead, and 70 wounded. The first blast took place next to a 14-seater public minibus, and the second happened inside a shop in Gikomba Market near Nairobi’s central business district.

Although no one has claimed responsibility for the attacks, authorities suspect that Islamist militants are responsible, Vanguard reports.