Dr Sid: I Built My N110Million House in Lekki on Mortgage 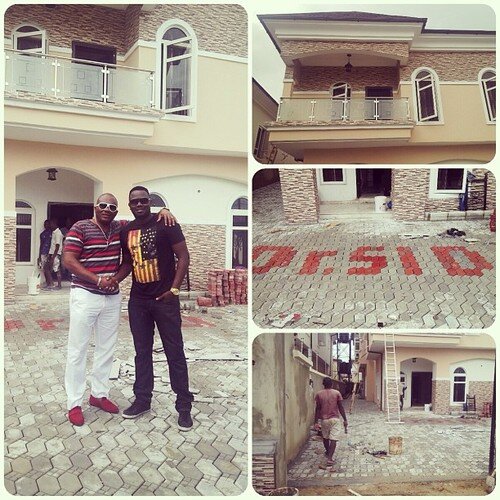 Dr Sid made headlines in May 2013, when he debuted his multi-million Naira home in Lekki, Lagos – read it here.

In a recent interview with Punch he reveals the house worth N110million was financed with a mortgage.
“I put a mortgage payment plan in place, based on the savings I had made four years before I started a career in music. I am still paying for the house. And by the grace of God, I will get a second one soon. I pay close to N1m a month and sometimes, more. I am going to do this for the next 25 years and I am not ashamed to say it.” he says.

On his relationship with Simi Osomo: “She understands what she is getting into. My female fans, respect me and I also feel my relationship inspires them in different ways. So I guess that from lust and attraction it has moved to admiration.”

On his decision to stick with Mavin Records: “I am happy and honoured to be signed onto Mavin Records. I have a lot of respect for Wande Coal. He made a brave move and I wish him all the best. But I will not support anyone bad mouthing the label. With regards to Mavin Records deal, Don Jazzy has given me the opportunity to leave whenever I want to, but I won’t leave and start saying something else.”

On his debut movie role: “I have always told my dad (Late actor Justus Esiri) I wanted to act, but he would tell me not to worry that once he found the right script, I would come on board. But when he heard I was starring in a Nollywood movie he felt proud of me. The movie was shot in 2012 before he died.”

It is really commendable that Dr Sid is being open about the means by which he bought his house. Fans often complain that celebrities set unrealistic examples with their lavish lifestyles so it is great to understand the details behind it.