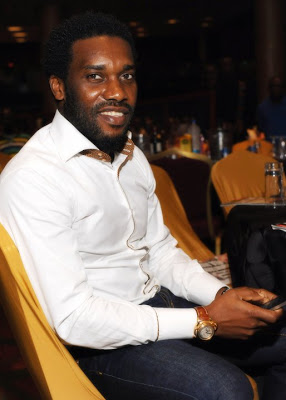 The Nigerian football superstar has been announced as the new brand ambassador for Bullet Energy Drink. Jay Jay Okocha joins actress Chika Ike, who signed on earlier in the year – read it here.

He was chosen because of “his commitment to excellence, and his work ethic”.

He signed a N 15 Million per year contract which will run for two years, a rep exclusively reveals to BN. In 2013, Okocha featured in an ad for the beverage company but he hadn’t signed on as an ambassador until recently.