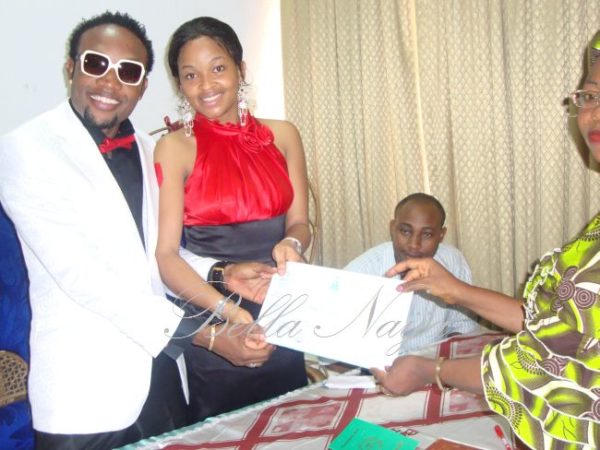 Limpopo master Kcee dropped a bombshell on the new episode of Ndani TV’s The Juice, hosted by Toolz.

In March 2010, the Nigerian music star tied the knot with Cynthia Ijeoma Oduah – read it here. It was assumed that she keeps a low profile, as she is rarely seen at social and red carpet events.

Media personality Toolz asked, “Who is Ijeoma Okonkwo?”, his reply will leave you stunned.

She is my younger sister, he says. Images of the couple’s wedding were flashed on the TV screen, he later responded we were shooting a movie.