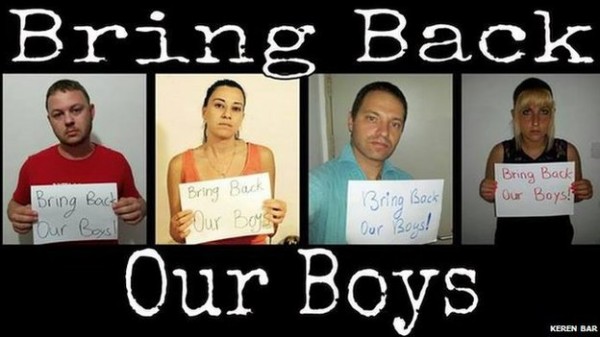 As the world continues the #BringBackOurGirls petitions for the over 200 Chibok school girls who are still missing, another campaign, #BringBackOurBoys, has gone viral.

For over a week, authorities have been searching for three  Israeli teens believed to have been abducted in the West Bank, Yahoo News reports.

According to reports, Israel has blamed the Islamic militant group, Hamas for the apparent abductions, and has embarked on a widespread crackdown on the group, arresting scores of members while conducting a thorough manhunt for the missing youths.

Hamas has reportedly praised the abduction of the teenagers. However, they have not claimed responsibility for it.

People online are petitioning for the boys’ release: