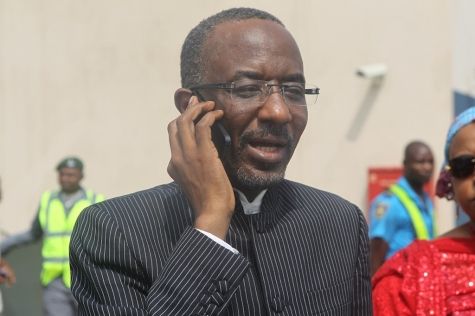 Friday 4th July 2014 has been fixed by the National Industrial Court as the hearing in suit filed by former Central Bank of Nigeria Sanusi Lamido Sanusi, challenging his suspension by President Goodluck Jonathan.

In May 2014, Justice Gabriel Kolawole declined taking the case because the court lacked jurisdiction to handle it.

According to the News Agency of Nigeria, Kolawole had held that the plaintiff’s suit was a matter within the preview and exclusive jurisdiction of the President of the National Industrial Court as it was a labour matter between employer and employee.

Sanusi who is now the Emir of Kano, when previously summoned, urged the court to restrain the defendants from “obstructing, disturbing, stopping or preventing him in any manner whatsoever, from performing his functions as the governor of the Central Bank.”

The counsel to Sanusi, Kola Awodein (SAN) requested for an adjournment, for him to consult with his client as a result of his recent position.

MTV Base to Premiere “Shuga” Radio Drama Series on Saturday