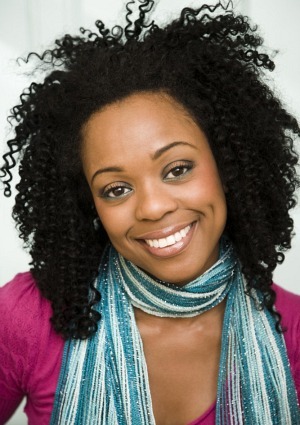 Having a vagina doesn’t make you less of a human being. Some people get that. Some people don’t. And that’s okay. The only difference between me and a good number of ‘others’ is that I don’t spend massive amounts of time arguing about it. Simply for the reason that I’d much prefer to let my actions speak for themselves than talk your brain into switching lanes. If that makes me lazy, then I’m sorry. Actually, I’m not but that’s the polite thing to say.

You could call me ungrateful. You could call me quite foolish. You could call me a half-hearted feminist. But in all honesty, I’d much rather skip the whole ‘feminist’ term altogether because in reality, I’m not. On one hand, maybe I have done very little or nothing to ‘deserve’ the honoured title but on the other hand, maybe I don’t want it in the first place. Because, as with everything human beings lay their hands on, there are flaws in the idea and turning a blind eye to them simply because I’m female is senseless. Never been my style.

I tend to consciously avoid this entire topic of Feminism (I’m rolling my eyes as we speak) because it’s an endless debate I have very little energy for – which is incredibly ironic because I always have energy for a good debate – and I sort of missed the memo and failed How To Be A Good Feminist 101. But for this one and (likely) only time, I’ll talk about it.

Firstly, I don’t like labels. (You might have read this… ) I don’t see the need for all of us to be grouped into tight, airless boxes as an act of solidarity. Unnecessary, in my opinion. I believe in equality despite sex, gender, sexuality, race, physical ability, you-name-it. I just don’t think one tag is going to suit us all; why does it need to? But that’s completely by the way.

The main issue is the presupposition that: a) Your views should naturally be shared and accepted by everyone – especially people of the same stock. b) The extent of your passion for these issues should be shared by everyone. Modern-day feminism has arguably become the very essence of what it claims to fight against; men-on-women bullying has been replaced by the women-on-women kind. But this is clearly not bullying in the first place, is it? But supposing it was, surely that’s completely acceptable, right? Because we’re fighting the good fight TOGETHER. Right?

Is there a Universal Guide on Belief Systems tucked away in the earth somewhere that the rest of us under-evolved beings don’t have access to? If I make the choice to take a half-arsed stand on what is apparently my calling-by-default, I have every right to. I also have every right not to feel guilty about it or allow myself to be bullied into feeling like a substandard product. Because, if I’m not mistaken… that’s what we’re fighting for in the first place, no?

Though I am aware of and fully acknowledge the massive gap between the sexes, extremism of every kind is a turn-off. When did raising awareness of women’s issues and fighting for our equality become terrorism? When did ‘lack of enthusiasm’ for the cause become something to be ‘pardoned’ – or straight up exorcised – in a fellow female? At what point did we trade individualism for irrationality?

I’m likely to be hunted down for this but that has never been the issue. Every human being maintains the right to have an opinion on every issue under the sun.

Feminism cannot be made an exception.

Related Topics:EqualityFeminismFeministKunmi Omisore
Up Next