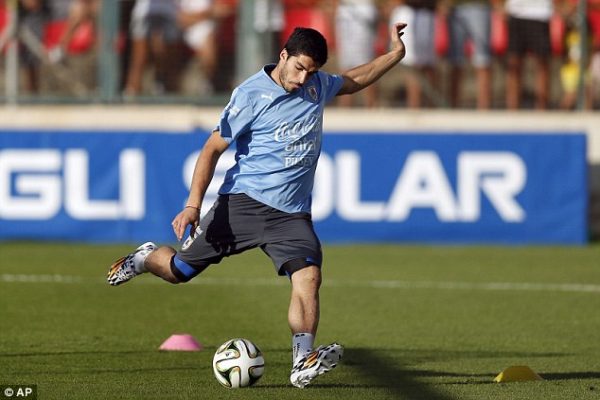 Good news for all the football fans out there.

Star Liverpool striker, Luis Suarez, will soon be fit enough to join the Uruguay national team for the World Cup.

Suarez had to undergo keyhole surgery on his knee last month, inciting fears that he could miss a huge part of the tournament. However, the determined player has been putting in “triple shifts” in training to prove his fitness for the games, The Guardian reports.

He was spotted on Tuesday, training energetically with the rest of his team mates.

Óscar Tabárez, coach of the Uruguay team, stated that although Suarez may be unable to participate in the team’s match against Costa Rica on Saturday, he is hopeful that he will participate in subsequent future matches.

We have no set deadlines. I don’t know if we’ll have him for the first match, for the second, for the third. If it were up to me, Suárez would play tomorrow,” said Tabárez.

Let’s Talk About It! Is it Wrong for Women to Breastfeed in Public?