Martin Chinagorom: Food The Way I Know It 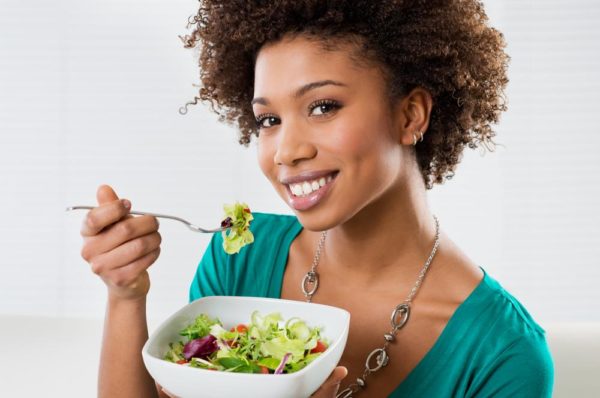 It is very common for Nigerians in diaspora to demand packages of food items from Nigerians back home. I have never really understood the fixation on Nigerian food, by Nigerians abroad. I hated that my mum made me mash Onugbu leaves for a distant aunt in the US, and I had green fingernails for over a week to remind me of the harrowing experience. The Onugbu leaves could not be bought from the market because said aunt needed really fresh Onugbu leaves. You can imagine such importunate demand! Did the saying about behaving like Romans in Rome not include adopting their meals?

Food is something we give very little thought to. Thank God there is no major famine. When hungry people think about food, it is with a sense of lack of another necessity for life sustenance. Those who have it barely think about it beyond ‘make it, eat it’. It is always about the nourishment – vegetables keep you healthy and strong; too much oil isn’t good for the heart; don’t take too much carbohydrates if you are diabetic or trying to lose weight – it is almost never about identity.

Growing up, we all had breast milk for food (at least in mine and older generations) but with weaning came solid foods – the nourishment we needed in order to grow. Like the languages we would later identify ourselves by, we learnt to eat the things our parents ate and the way they did.

We grow up and food becomes routine and we never realise how the type of food with which we are familiar is a defining strand in who we have become, until we are presented with the unusual. Only then do we realize how the food that nourished us is a speck of our identity. If you’re Yoruba you remember that Onugbu soup prepared with ogiri is Igbo (Anambra precisely), and it does not contain enough oil compared to what your taste bud is acclimatized to. If you’re Hausa you remember that Ewedu is Yoruba, and it is nothing like Miyan Kuka. When you walk into a restaurant and there is someone with chopstick, you see their affinity with the Oriental.

I never had to worry about missing Nigerian meals, not even on the few occasions I had been outside Nigeria, until recently. Looking back I realize that it was because I never had to stay away for more than four months at a time. When, recently, I left on what would be years away from home, food the way I knew it, was the last thing on my mind. When a friend who has been away for a while suggested I bring some local food items my brusque response was, “Eat what they eat there.” Who would want to go through all that stress with immigration because of food? But as with every major migration, adaptation is a feat, that stepping out of the usual into a whole new unusual.

With food I encountered a major unusual. It was nothing close to home. Food became mashed-potatoes and gravy, collard greens and corn, chicken and fries and burger and so many other unusuals. Things I, and many Nigerians, would consider snacks were also supposed to be food. You can imagine my shock when I attended a school event that promised dinner and we were served pizza, cookies (the way they say biscuits here) and Kool Aid. By then I knew better than to think that those were meant to whet my appetite for “dinner.” When you go to pass out the by-product, there is a difference in smell and texture. You cannot fail to notice.

It was not long before a craving for food the way I knew it enveloped me. It was not as if there were no places to eat something Nigerian but it was with the realization that what used to be had casually would now burrow a deep hole in your pocket. Again there is the sad fact that Egusi with Spinach and meat would never taste like the real thing. I found myself in the reality of Nigerians abroad who made those demands for food items, demands I loathed because I could not imagine why, then.

Few days ago I was invited by a Nigerian professor to a dinner of Nigerian meal. Real Nigerian meal (not egusi with spinach and cooked blended oatmeal for fufu). I can only say that there is nothing like egusi soup complete with okporoko, kpomo, azu okponku, cow leg and ugu leaves to remind you how Nigerian you are in a foreign land. The next morning, the by-product smelled familiar and I remembered the texture as what used to be.

An adage in my culture says you do not learn to be left-handed at an old age. Now I understand that when you have migrated to a place where everyone is left-handed, turning left-handed is a big change to make and you would not pass on any opportunity to use your right hand. At least it reminds you. Like I said, with major migration there is a lot of us we are forced to leave behind and a whole newness we embrace. I guess the thing with Nigerians abroad and their continued romance with Nigerian food is about not giving it all up. And the prospect that food the way I know it is yet another thing slipping away scares the Sugar-Honey-Ice-Tea out of me