Should You Bump This - Music Review: TripleMG - The Evolution 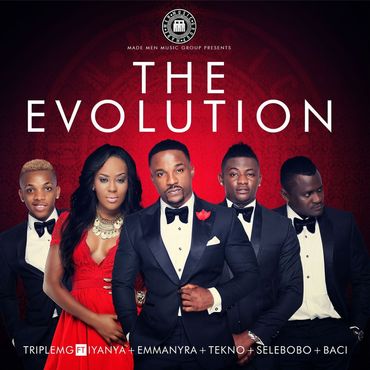 ***
Made Men Music Group‘s Triplemg released their debut album The Evolution a while ago which you can purchase HERE. In case you don’t know who TripleMG  is, we’ll tell you. The group consists of Iyanya, Emma Nyra, Tekno, Selebobo and Baci. Here is what we think of it

Say Yeah
T: Not a bad intro..good introduction to the Triplemg guys

T: We are introduced to what will eventually become an annoying phrase ‘Selebobo on the beat’

S: But before he annoys the hell out of us with that…the production was pretty decent.

Poco o Poco
T: Not going far from what made him popular, Iyanya and Selebobo hit us with another dance track

S: Lol, you are somehow. It’s a waist whining song.

Amigo
T: This song was perfect until Emma said ‘pass me the ororo’, I mean, why amigo dey pass you groundnut oil?

S: Fam I swear, I was just here enjoying this song o then Emma Nyra and her amigo deceived her to fry yam near me

T: Emma just wants to show us her kitchen skills.The song sweet make I no lie

S: Emma has dropped lots of duds but this is a gem.

S: Please is it Orio or Oreo…#justaskingformylilcousin

T: Fam…e be like say na the fake biscuit dey studio that day. The Nigerian Oreo that there is always no cream in the middle

S: Or creamy ogi in the middle 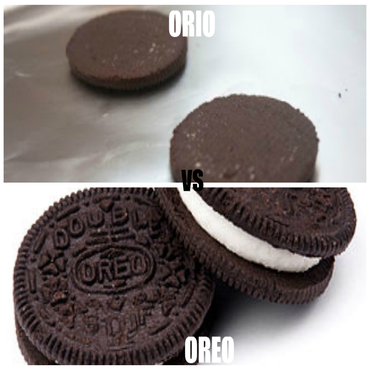 T: Ahhhhh. My jam. You can’t go wrong with a Chaka Demus and Pliers sample

S: You can always skip it tho. This bores me.

T: As per you no get ear

S: As per you no get rhythm

S: You are really just somehow nowadays. You need to behave

T: Nice jam..Tekno does well on the production tip too

Angelina
S: As long as you are a girl and you have a name and there are still Nigerian artists….you will get a song named after you.

T: I’m not really feeling this song, so skip it is for me…if Nigerians don’t name a song after a babe, album never complete.

S: Rihanna o, Ada o, Caro o. Once upon a time, Olufunmis thought they were better than everyone else.

T: Nothing new here, song sounds like something we’ve heard before.

S: All the Rukayats, Shukuras….your own song dey come. Hold on.

Asampete
T: Selebobo on the beat and also on the song. Sweet jam.

S: It reminds me of a scene in a Nollywood movie. You know those scenes that they will play the whole damn song while the girl makes Semo and Banga soup for her man then feeds him

T: Once in a while, Iyanya reminds us that he is one of the best singers in Naija

T: Pangolo be putting food on the table

Selfie
S: From the best song to…

T: Easily the crappiest on the album.

S: I’mma just fall back and know that once this song has a video and a dance… I will hate Selebobo.

T: I don’t believe all the TrippleMG people heard this song and went on to release it.

S: Dude really said “if you no like it, I say make you put am filter”. Meehn… #BlameGEJ

T: Nigerians have the bad version of anything called ‘selfie’. Even the one they participated in got like got like 10 retweets 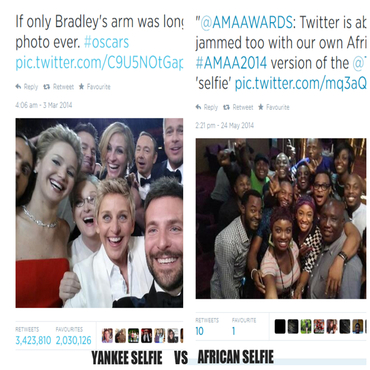 T: At this rate. I’d rather hear the sound of the buzzing fly

S: Beat sounds like it was jacked. Masterkraft wants his Ukwu beat back.

T: Yes he does

Afrodisiac
S: I feel like this song was made to make happy people pissed.

T: I don’t even know why you’d sing such a song for your aphrodisiac

S: Burantashi deserves a song tho

T: So does viagra

S: But clearly not whatever agro is catching TripleMG

Follow You
T: I could sworn this was an Ice Prince song. Baci comes correct on this one

S: This is my jam!!!! Baci is the least known of the crew but he is clearly not the weak link

T: Nope. He nice. I just can’t tell the difference between all the new guys yet

T: No be only Zamani. Skip skipper skippest

S: Mehn this 2nd half of the album is like Lawma central. Trash littered up and down

Osho
T: This is my jam I wont lie. I wonder why they placed it last

S: Clearly Iyanya is still TripleMG’s meal ticket. He hardly missed a beat on this album.

S: This album ain’t bad at all. I had so much belief I would cringe all through, but that was far from the case. TripleMG have a solid cast to go with Iyanya’s star. Hopefully, they let each act develop their strengths and not all do “Iyanya” type of music.

T: Triplemg have something going for them here, decent producers and decent musicians. Take away the regular pangolo music you would hear on some tracks, the album is worth bumping.

3.4 wRaps
Peace, Love and Selebobo on the beat.

With Love From Warri! Wedding Inspiration by Brad_E Events