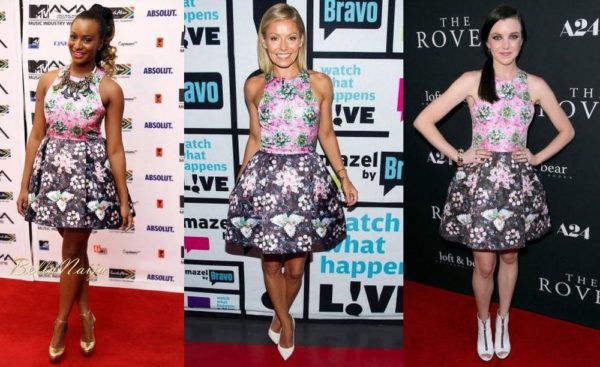 Ready? It’s time to get your fashion-geek shades on BN Style Watchers and let’s discuss who rocked this best.

The “Ohara” dress features contrasting jewel prints on the pink bodice, a black flared pleated skirt, slit pockets to the sides, a racer back and a silver rear zip fastening.

See how these ladies rocked it!

How She Wore It: Cuppy who was the official DJ at the MAMAs arrived on the red carpet in this frock. She accessorized with a statement necklace, and gold pumps.

She opted for wavy ponytail and red lipstick.

How She Wore It: The rising actress selected the piece for a movie premiere in LA. Claudia who had a side-swept ponytail, styled the dress with white open-toe zipper booties.

How She Wore It: Bringing back the look in July is Kelly Ripa. The co-host of Live! with Kelly and Michael looked youthful in the same dress.

She accessorized with diamond stud earrings, a gold bracelet and white heels. 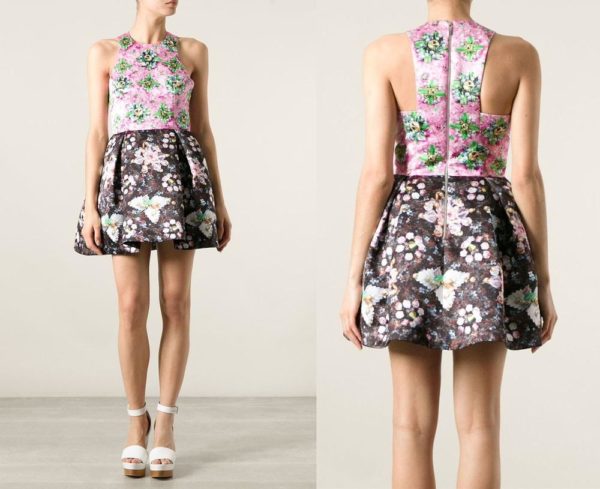 The dress retails on Far Fetch

Seyi Shay: I Don’t See Tiwa Savage as a Rival | Is the “Rivalry” Question Sexist?