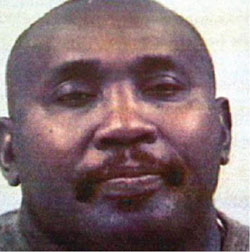 A 53-year-old U.S-based Nigerian man has been sentenced to 263 years in prison for drugs and weapons distribution/sales and money laundering.

The man, Felix Okafor, who migrated to the U.S in 1981, was sentenced on April 10, Punch reports.

According to reports, Okafor purchased a convenience store in Benson, North Carolina, called “Flying Eagles Groceries,” which he ran himself. However, it was discovered that the store was just a cover-up for his illegal activities.

Residents became suspicious of Okafor over time, because he didn’t seem to care about his supposed business.

The store was reportedly disorganised and dirty and always “half empty.” Also, he often sold residents expired food items and groceries.

What raised further suspicion was that strange people with expensive cars would always visit the store at odd hours.

Eventually, the store drew the attention of  federal, state and local authorities, who began to conduct undercover investigations.

Okafor’s store was under surveillance for about 10 months. Unknown to him, during that period, many of the drugs and weapons transactions he conducted with “customers” were actually undercover agents.

He is currently serving his 263-year sentence at the United States Penitentiary in West Virginia.