Aisha Falode: A Letter To You, My Son's Killer(s) 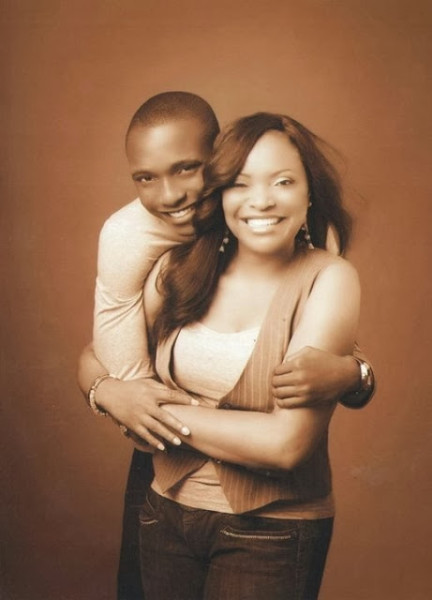 Read;
In years gone by, I read detective books and watched Crime series depicting how murderers sleep at night.

How they wake up in sweat with nightmarish images of the soul they had taken, and are so filled with dread and guilt of their crime that they spend their night dripping hot, sticky sweat of horror at what they had done.

How they stare at the night, wishing somehow it would never come, I mean, murderers live in such fear wishing they could turn the hands of the clock or go back in time and re-enact the whole scene of their evil deed, so as to reverse the killing of their innocent victim.

Such was my naivety because death was so far away from me. Then death came so close to me I can still feel its hot breath down my spine. Yet I see how helpless it has become for it cannot strike the same victim twice. Death is so uncanny, it takes a soul but it knows that the soul goes back to the Maker in peace, yet he is lucky because the person who wore its cloak, the person who struck the blow, the person who took breath which does not belong to him, becomes its victim.

I say this today, my son’s killer/s you have become the victim. Death has deceived you and is now sneering at you. You are in your own hell, a living hell, hades of which will be immersed in you for the rest of your life.

Toba Falode aka Tyler Fray would have been alive today, breathing, laughing, writing songs about life and oppression, songs about people like you, evil people who think they can oppress, suppress and kill just because they can, but he is not for he rests in the bosom of the Almighty his creator. You Killer had no right taking his life because you did not give it.

Killer have you ever gone back in history or do murderers have no time to read up what happens to those of their like who came before them? If you do you will know that the Avenger of Death is forever lurking behind you and one day, very soon and sooner than you can imagine, you will pay for your crime and your sins. The Bible which we uphold says vengeance is God’s and indeed the Quran as well says there is no hiding place for the wicked.

Killer, the sister’s heart you wrenched by taking her brother and confidant, the family you brought despair and misery on, the friends you left crippled with excruciating pain and I though drenched in sorrow by your inhumane callousness, know in my heart that the Avenger is upon you.

You have challenged the Almighty God by taking a life He created by breaking His commandment that thou shall not kill. Then like a wicked unrepentant soul, you walk the streets as if nothing happened? Believing in your ignorance that the one who created ears cannot hear and the one who created eyes cannot see. Surely your conscience is judging you, you sweat profusely in the cold of the night, and shiver in the heat of the day, you jump at the slightest sound and you keep looking over your shoulder, petrified even of your own shadow and dreading the inevitable and knowing in your heart that death has cunned you and the Avenger is so close you can feel the hair on your nape standing.

Perhaps one day, your nightmare will end and you will free yourself but not before the Avenger gets you, forcing you to speak, telling the world of how you killed my son on that sad night hunting you in Dubai. When you pushed my boy, a good son, and the hope of my future from a 17 Storey building. What a callous, heartless and cold-blooded killer!

How did you kill him, why did you kill him? Oh, lest I forget you, the witness, an accessory to murder. Only God knows what pushes you to soil your hands with innocent blood by remaining silent and protecting a killer from a most foul and heinous crime while the image of Tyler’s dead body haunts you at night, you said you wish you could have done more at the time of his death. Yes you can. Speak up and free yourself from the insanity creeping up on you and the long stretch of dark miserable years ahead, how did Tyler Fray die?

How did my son’s innocent blood splatter on your body? Did your bloody knuckle punch the life out of him, or did you smash him with a stone before throwing him over the balcony, or did you just push him to his death? Why did you say you would take the punishment for his death, why do people you call friends keep meeting such a fate around you, is it coincidence?

Do you know, that there were actually three people on that balcony on that night? The all seeing God, the omnipotent, the ever present…He was there and He witnessed that murder and He is calling you to account for Tyler’s Death. Killer!!!! Look! Feel!

Hear the sound of the footstep of the long arms of the law looming over you like the sun covers the earth ………….

The Avenger is upon you like the waves of the Ocean smashing against the rock there is no escape for God is a just God.

I know Toba is in heaven and that gives me peace.

What kind of peace can a killer give his mother?

You can sign the petition for Federal Government to re-open the case on Change.org – Click here
***
The piece was written by Aisha Falode for Sahara Reporters.

“It will take six months to contain Ebola Epidemic in West Africa” – President, Doctors Without Borders

Ebola: “I Disagree With those Who Have Described Patrick Sawyer as a Mad Man” – Femi Fani-Kayode