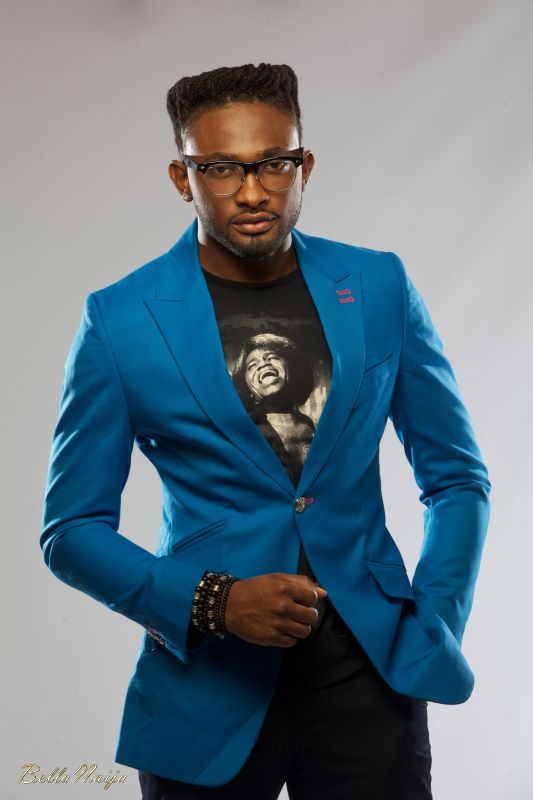 The 32-year-old who recently celebrated his birthday in South Africa, previously penned an article about not carrying vultures into your new life.

In “You’ll Never Grow Unless…”, he talks about moving to a place of success and more.

Read;
Yeah, the headline caught your attention didn’t it?

Sounds like the curse of an angry relative, spouse, friend, abi?

The truth is…you will never grow unless you show that you are ready for the blessings by rising above your current situation.

Sitting at a popular lounge in Lagos, I watch a group of girls all well dressed chatting, laughing, toasting to life and saying “we run this town” even breaking into the Rihanna chorus. Now that’s a LOL moment.

Not far off is also a group of young men in designer apparel throwing it up with 10 buckets of champagne and shouting “where ya rozay..show me ya rozay (rosé)”.
1.) Fiction: Wow! These peeps are living the life and their dreams
2.) Fact: Na only one person dey pay all the bills while others are follow follow, pose pose
3.) Worst Case Scenario: They finish partying, have no money to pay and leave their phones or car keys behind till they settle their bills.

It amazes me how people with crowd mentality are constantly waiting for that super natural blessing to come and take them out of their current situation. Comparing themselves with the leader of the group while they wait to covet.

Really, you are praying and fasting? And then you go back to your clique to pretend to pop rosé and run this town? Wake Up!

Especially the young generation today, are you kidding me?

Okay, let’s say you get a blessing, how are you going to handle it? How will you cater for it?

The same you that will say “Ah I won’t go through this or that or suffer ‘cos God will not give me something I cant handle”. Exactly!

If you show God that you are an irresponsible little pretentious spoiled brat, how do you expect him to load you with blessings fit for a king?

Just imagine leaving your only child in the care of a baby sitter that allowed 6 puppies to die under her care. Your answer is as good as mine.

Then there is the clique mentality. Show me one HUGELY SUCCESSFUL man that became successful while being part of a clique?

Show me one that became successful, then joined or started a clique and remained or became more successful? (Even music bands split and only 1 becomes the star).

Names anyone? Talk Nah? Oh your still thinking abi? Ponder some more while I go on.

To succeed, you have to rise above the clique. In my other article, I said to rise you have to die a little on the inside, you have to be broken…alone! Yes no man is an island I know I know, I’m not saying be a recluse o. Not at all.

But I’m saying you cannot move and live in a clique constantly. Have times you set out for friends.Don’t make it a lifestyle.

Do you know only one person can cause you chronic delay? (Remember Abraham and Lot?…. Your eyes are opening now ba?)

If you are in a clique now. Think of how much progress (legit) you have gotten with your so called ”hommies and babes”. Yeah your starting to realize?

Success, failure and stagnancy are highly infectious! How many people will sit and watch you make it out of the clique and leave them behind? You are dreaming, if you think it’s a reality.

I Uti Nwachukwu have been on both sides. And for every time a new chapter was to begin, I often found myself in a place where not a lot of people are around me, a time where the things that excite the juvenile become boring, a time where spending time with God became deeper, and then BOOM! New blessings! New Doors, My new Chapter.

You cannot be irresponsible and expect God to give you the responsibility that comes with being blessed. If you do not know how to manage yourself at NOTHING, then SOMETHING will never come to past in your life.

You will see that you will continue to live the false life of complacency and the false hope of the lazy man.

It’s time to rise up! Rise above the life of cliques! Start doing something no matter how small, sober up.

Take the bull by the horns. Stop being a liability to people and move on to the new friends till they too get tired of you.

Start being a provider and cater for your own self and your family and be a helper to someone.

I’m no pastor or shrink, I’m just a man who learns from everyday experiences and shares with the lives of people whom God has decided to use me to touch.

A word is enough for the wise. Start now before it gets too late. Try it and see how once again you shall rise like the Phoenix from the ashes of your past mistakes with the lessons as the wind with which you shall glide upon with the help of God.

And remember…
It always begins with a choice.

All the Celebs at the Premiere of Yvonne Nelson’s “Single, Married & Complicated” in Lagos

What is He On About? Chidi Mokeme gives us 101 Definitions of “Stupidity”