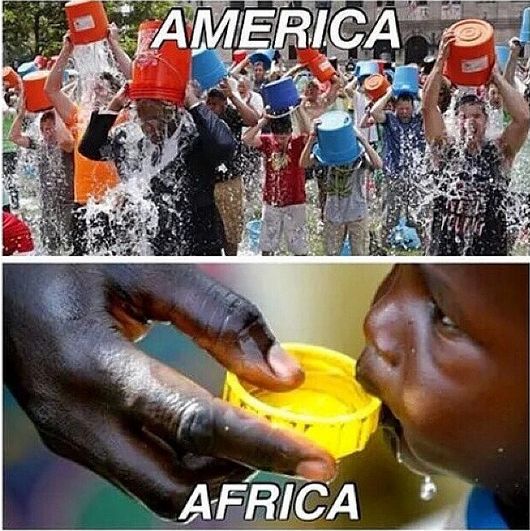 Where do you stand? Yay or Nay?

When we first saw the #ALSIceBucketChallenge, we thought it was an interesting way to get people involved in charity.

And since celebs and top personalities like Bill Gates, Oprah Winfrey, Usher and Simon Cowell joined the campaign, it of course went viral.

Interested persons are to get a friend to pour a bucket of water filled with ice on themselves or either donate to the ALS Association for its research on Lou Gehrig’s Disease.

It seems fun and an engaging way to get people to look up the ailment online as well as possibly donate.

And of course, our African celebs have joined. Don Jazzy, Genevieve Nnaji, Davido, Iyanya, Dencia, Didier Drogba all took part in it.

But a few stars are not amused. Yvonne Nelson, Joselyn Dumas and Charles Novia have all come out to criticise it. Most of them think with other diseases like Ebola , and Cholera, why are these celebs paying attention to a campaign for a disease that started internationally.
A few pro-#ALSIceBucketChallenge people, claim that if we have learnt anything from Ebola, it is that it is a global issue, and although Lou Gehrig’s Disease isn’t contagious, it could affect any African in the future and awareness by celebrities in Africa, could help the world find a solution. 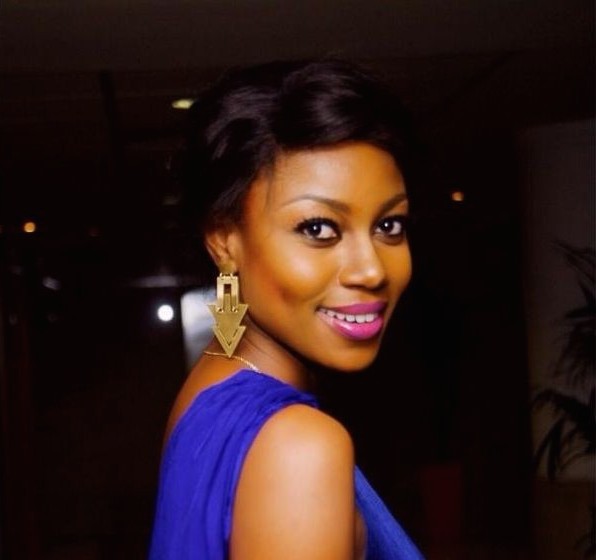 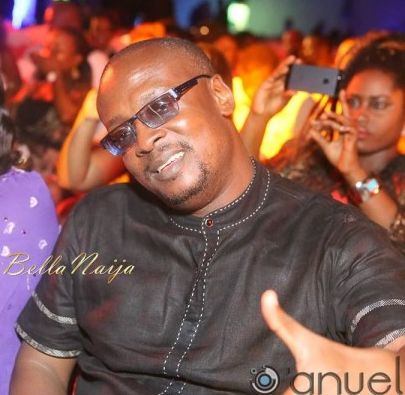 I am sorry to say but our Nigerian Artistes are something else at times. The Ice bucket thing for ALS is a good example of their cootishness

They just want to trend on what foreign artistes do for a good cause. In Nigeria, they do it mostly for self-serving photo – ops. Sheesh!

Really! Must you do it because it’s trending? If you must follow the USA lead, then come together for Ebola. Dove tail on that.

It’s really irritating, sha. And when you point it out, they will say you are yarning opata. When na dem start the opata wey cause the yarn

Enough of this second – class mentality. Find the originality for positivity in your inner recesses. Don’t do it cos Dre or Beyonce did it.

As usual, my opinion is basically my opinion. If e pain anyone, er. .er..pour ice water for your body? Eh? Lol. God bless. 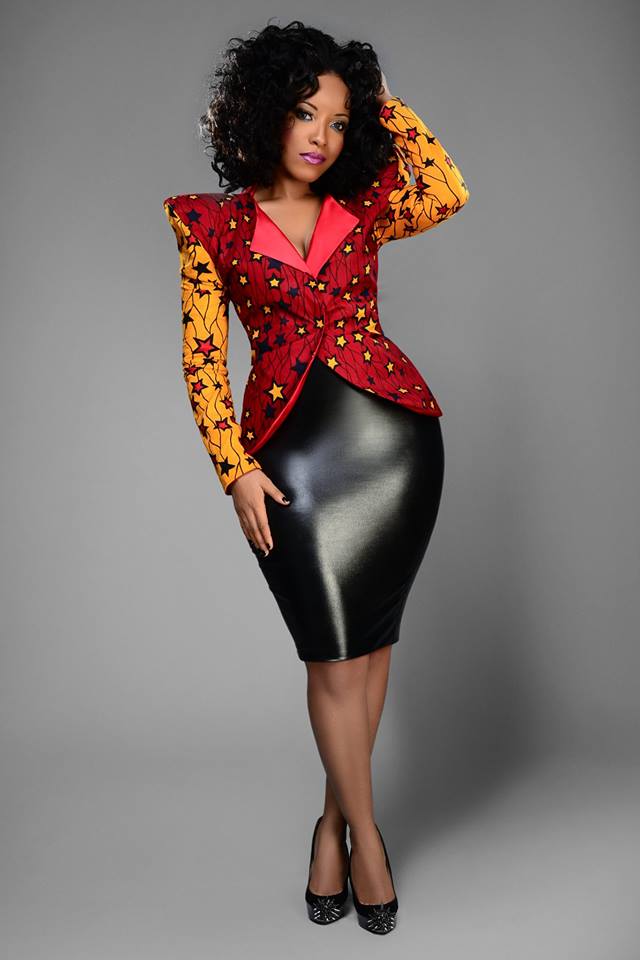 #ALSicebucketchallenge all good, but what are we doing about our own issues here in Africa? #cholera #Ebola #malaria… Good morning

If we really want to raise #awareness on issues, we can start with #malaria#ebola#cholera oh what about the #ChibokGirls #letsgetrealguys

Show me one person who has died almost instantly of #als in Africa and I’ll show you thousands dying of #malaria#cholera#ebola.. 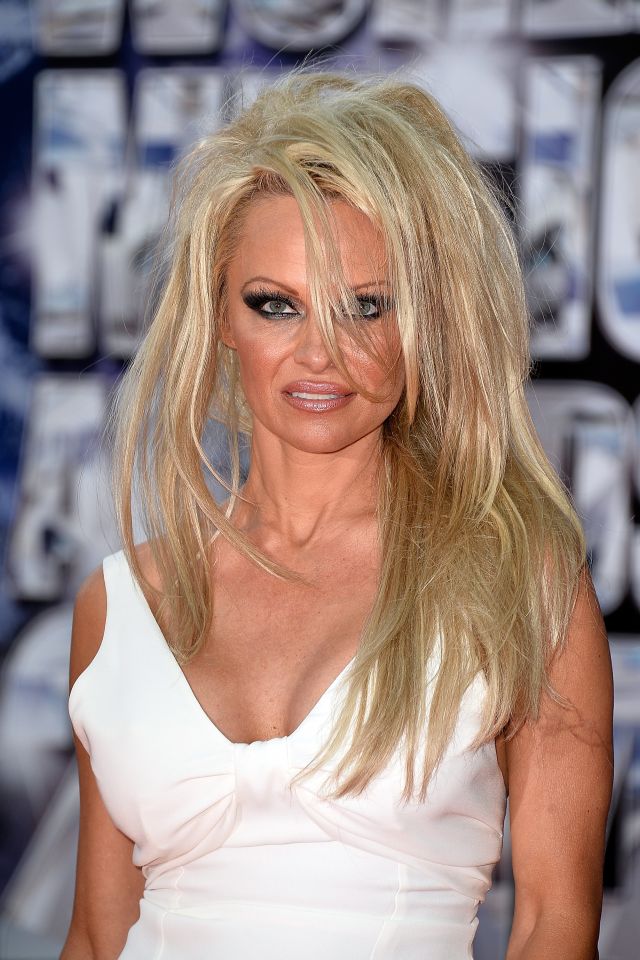 On the international scene, Pam Anderson is also speking out.
Pamela Anderson
I can’t bring myself to do your Ice bucket challenge.
I enjoy a good dare- It’s always good to bring awareness – in fun, creative ways / I don’t want to take away from that.

but it had me thinking. Digging a bit deeper. I found that we may not be aligned – in our messages. So…

– I thought Instead / I’d challenge ALS to stop Animal testing /– Recent experiments funded by the ALS Association, mice had holes drilled into their skulls, were inflicted with crippling illnesses, and were forced to run on an inclined treadmill until they collapsed from exhaustion. Monkeys had chemicals injected into their brains and backs and were later killed and dissected.

What is the result of these experiments (other than a lot of suffering)? In the past decade, only about a dozen experimental ALS treatments have moved on to human trials after being shown to alleviate the disease in animals. All but one of these treatments failed in humans—and the one that “passed” offers only marginal benefits to humans who suffer from ALS. This massive failure rate is typical for animal experiments, because even though animals feel pain and suffer like we do, their bodies often react completely differently to drugs and diseases. According to the FDA, 92 out of every 100 drugs that pass animal trials fail during the human clinical trial phase.

Sophisticated non-animal testing methods—including in vitro methods, advanced computer-modeling techniques, and studies with human volunteers, among others—have given us everything from the best life-saving HIV drugs to cloned human skin for burn victims. Trying to cure human diseases by relying on outdated and ineffective animal experiments isn’t only cruel—it’s a grave disservice to people who desperately need cures.

Please, help scientists make real progress toward treating and curing human diseases by visiting HumaneSeal.org to find and support charities that never harm animals and which pour their time and resources into advanced, promising, human-relevant cures.