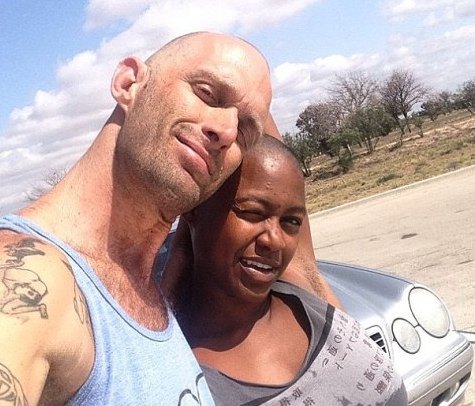 A rising actress Daniele Watts, who played a maid in Quentin Tarantino’s 2012 hit movie Django Unchained, claims that she was mistaken for a prostitute for kissing her partner who is white in public.

She was also detained by the Los Angeles Police Department. 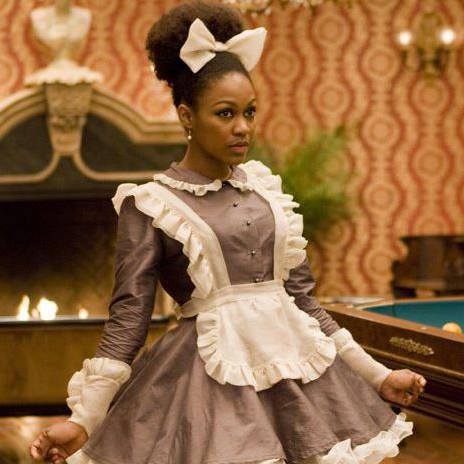 Here is what Daniele said;

“Today I was handcuffed and detained by 2 police officers from the Studio City Police Department after refusing to agree that I had done something wrong by showing affection, fully clothed, in a public place.

When the officer arrived, I was standing on the sidewalk by a tree. I was talking to my father on my cell phone. I knew that I had done nothing wrong, that I wasn’t harming anyone, so I walked away.

A few minutes later, I was still talking to my dad when 2 different police officers accosted me and forced me into handcuffs.

As I was sitting in the back of the police car, I remembered the countless times my father came home frustrated or humiliated by the cops when he had done nothing wrong. I felt his shame, his anger, and my own feelings of frustration for existing in a world where I have allowed myself to believe that “authority figures” could control my BEING… my ability to BE!!!!!!!

I was sitting in that back of this cop car, filled with adrenaline, my wrist bleeding in pain, and it occurred to me, that even there, I STILL HAD POWER OVER MY OWN SPIRIT.

I will continue to look any “authority figure” in the eye without fear. NO POLICE OFFICER OR GOVERNMENT OFFICIAL IS MORE POWERFUL THAN ME. WE ARE EQUALS. I KNOW THAT I WILL ALWAYS BE FREE BECAUSE THAT IS THE NATURE OF MY SPIRIT.

And moreover, I deeply enjoyed connecting with the cops who detained me. I allowed myself to be honest about my anger, frustration, and rage as tears flowed from my eyes. The tears I cry for a country that calls itself “the land of the free and the home of the brave” and yet detains people for claiming that very right.

Today I exist with courage, knowing that I am blessed to have experienced what I did today. All of those feelings, no matter how uncomfortable. These feelings are what builds my internal strength, my ability to grow through WHATEVER may happen to me.

That internal knowing is what guides me in this world. Not the law, not fear, not mistrust of government or cops or anything else.

In this moment there is a still small voice whispering to me. It says: You are love. You are free. You are pure.”

Her boyfriend Brian James Lucas is also speaking out. He also took to Facebook to share his thoughts.
“I could tell that whoever called on us (including the officers), saw a tatted RAWKer white boy and a hot bootie shorted black girl and thought we were a HO (prostitute) & a TRICK (client). This is something that happened to her and her father when she was 16. What an assumption to make!!!”

A 29-second video has also hit the web. Daniele can be heard saying, “You pushed me against the wall. I put my hands behind my back and I just stood there.”

Want to WIN N10,000 in Shopping Vouchers? Here’s How with MRP.com

Idris Elba is Oh So Dreamy for Rolling Out Mag, Speaks on Fatherhood & Why He Doesn’t Pray