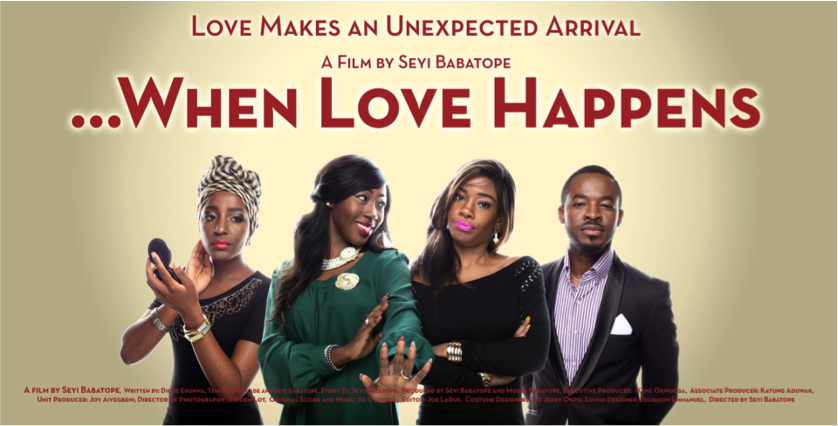 What happens when love makes an unexpected arrival? When love happens is a high art and glossy romantic comedy about the lives of 3 twenty something professionals in a modern technology connected Lagos and the hilarious and often bizarre adventures in finding romance.
That’s the premise behind “When Love Happens“! 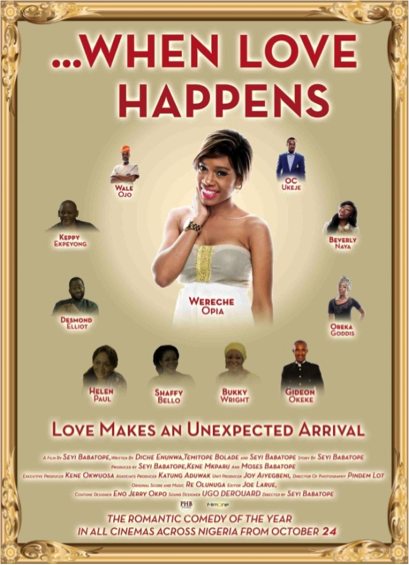 The team behind the movie is Future Gate Pictures, Phebean films and FilmOne Distribution, the Nigerian-based company credited with successful box office smash hits “Half of a Yellow Sun” and “October 1”.

The celebrity premiere is slated for Thursday 16th October 2014 at the Genesis Deluxe Cinemas, The Palms, Lekki, Lagos. The movie will debut across cinemas in Nigeria from the 24th of October 2014.

The Director, Seyi Babatope says “This film is a part representation of the richness and diversity in our industry, When Love happens speaks to the tenderness and warmth of our culture for a widening audience base and a different cinematic experience to be expected from Nigeria”