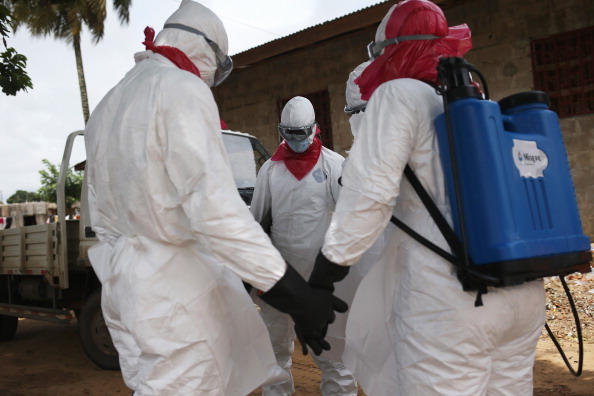 The Federal Government on Thursday said the first set of 250 volunteers would soon leave Nigeria to other parts of West Africa hit by the Ebola Virus Disease (EVD).

The Supervising Minister of Health, Khaliru Alhassan, said this in Abuja while addressing newsmen on Nigeria’s efforts at containing the spread of the virus in the West African sub region.

Alhassan said the volunteers were drawn from the group already registered by the federal government to join the international team that would be deployed to help countries fighting the scourge.

He said the volunteers had undergone intensive training on how to handle serious cases among other skills needed to contain the spread of the virus in the region.

“It is pertinent to note that having conquered the Ebola virus within its shores, Nigeria had offered to take the fight to countries still struggling with the deadly disease while it tightens its mechanisms for treatment and surveillance.

“It is in this light that I announce that the first set of 250 volunteers have been prepared and would soon be deployed to affected countries to help fight the Ebola virus.

“They are among those over 500 registered volunteers and are ready to move, they have been fully trained and briefed and we are just waiting for the final approval for them to be deployed.’’

The minister allayed fears that the lives of the volunteers were at risk given the situations in Guinea, Liberia and Sierra Leone.

He said the volunteers have been adequately trained and mobilised, and that they would be further guided in the mission areas by other experts from international partners.

Alhassan said Nigeria would still retain another set of over 250 volunteers that could be called upon in the event of an emergency within the country.

He said the safety and well being of the volunteers remained paramount to government and the development partners as stakeholders collaborate to contain the virus in West Africa.

The minister also announced the establishment of a national emergency operation centre in Abuja as part of government’s commitment towards strengthening its status as an Ebola free nation.

He said government would not relent until the last known case of the virus in West Africa and the world was contained.

The minister appealed to countries to stop stigmatising Nigerians because of the previous outbreak of the disease, stressing that Nigeria was no longer on the list of countries still struggling with the virus.

He said Nigeria had demonstrated enough commitment towards assisting other affected countries and has also kicked against stigmatisation through its policies and actions.

“Nigeria will not be listed as a country with the Ebola virus because it has defeated the disease within its borders.

“As a result no country should stigmatise Nigerians on the account of the previous outbreak in the country.

“The Federal Government has demonstrated enough commitment towards this cause, our borders are still open and movements into our country is not restricted,’’ he said.

He said based on scientific evidences available to the global health body, Nigeria was 99 per cent Ebola free.

Vaz said the 21 days minimum and 42 days maximum incubation periods were the standards set globally and have been scientifically verified.

He, however, advised that Nigerian authorities must not relent in their efforts towards keeping their territory free from the virus.

The News Agency of Nigeria (NAN) recalls that WHO declared Nigeria Ebola free on Oct. 20, 42 days after the last patient was discharged from the isolation ward in Lagos.

NAN also recalls that the first case of the disease was reported in Nigeria on July 22nd in Lagos.