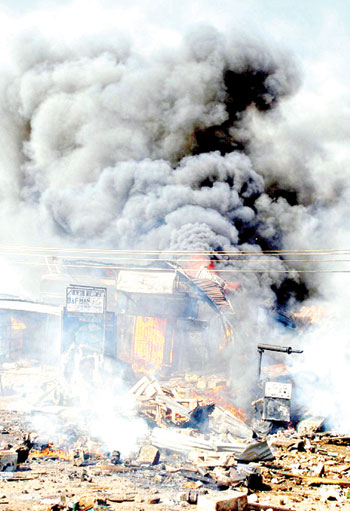 An explosion has occurred at Azare Market in Bauchi.

The explosion is said to have occurred as a result of a bomb that exploded at 5:45 p.m on Sunday, at a popular “GSM Market” in Azare, The Call NG reports.

Investigations are still ongoing, and the death toll is yet to to be confirmed.

This is the second explosion that has occurred in the town in just one week. The first bombing occurred at a First Bank branch last week.

A female suicide bomber was responsible for the attack, Reuters reports. At least 12 people were killed.

Related Topics:AzareBauchiBomb blast
Up Next