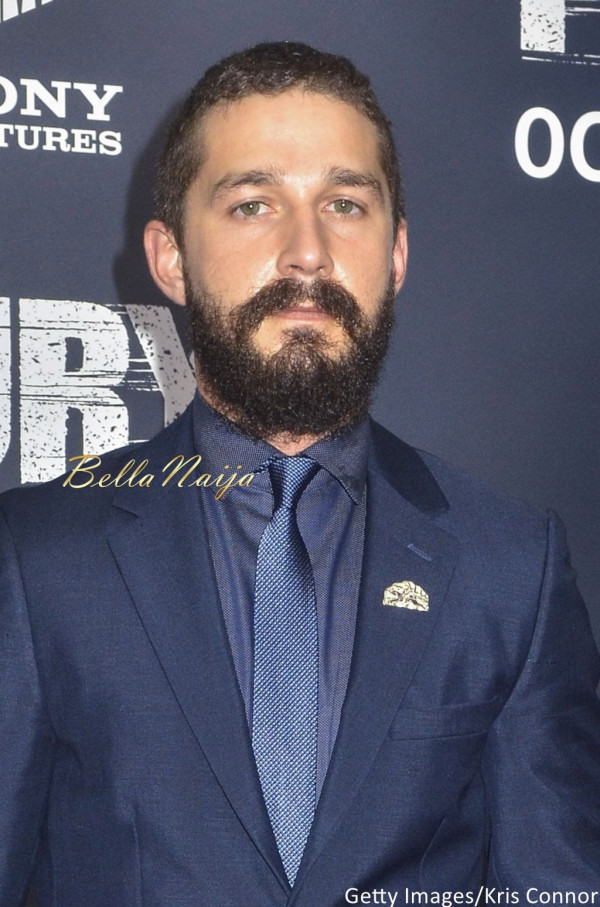 Shia LaBeouf is really dishing out the bizarre with this one.

In a weird interview with Aimee Cliff of Dazed Magazine, Shia revealed how he was raped by a woman during an event he organised tagged #IAMSORRY with Nastja Rönkkö, in an LA Gallery. At the event, LaBeouf met silently with members of the public one by one for five days and had rather odd encounters.

Prior to that, Shia had contacted Aimee asking if they could start communicating regularly, to which she agreed. During the next couple of weeks, they kept in touch via e-mail exchanging personal information like childhood memories, life lessons and views on topical issues; before deciding to meet up in a hotel in London during his Fury movie premiere.

Shia insisted that they not speak during the meeting saying they should keep all of their words online and meet without speaking. They finally met and both wore GPros with cameras strapped to their heads for an hour.

Watch the 1 hour clip where Shia and Aimee sit without speaking in his hotel room in London below.

INTERVIEW from Rönkkö / Turner on Vimeo.

She later got to question him on some of his projects, movie campaigns and more, during which he made the shocking revelation that he had been raped by a fan.

“One woman who came with her boyfriend, who was outside the door when this happened, whipped my legs for ten minutes and then stripped my clothing and proceeded to rape me… There were hundreds of people in line when she walked out with dishevelled hair and smudged lipstick. It was no good, not just for me but her man as well. On top of that my girl was in line to see me, because it was Valentine’s Day and I was living in the gallery for the duration of the event – we were separated for five days, no communication. So it really hurt her as well, as I guess the news of it travelled through the line. When she came in she asked for an explanation, and I couldn’t speak, so we both sat with this unexplained trauma silently. It was painful.”

When asked what kind of connections he made with those who came to see him, Shia said “Almost everyone who came in had  preconceived notions of what they were going to experience, and as soon as Nastja Rönkkö brought them through the curtain, everything changed.  I went from being a celebrity or object to a fellow human. I was genuinely remorseful. It wasn’t manipulation, I was heartbroken. People I’ve never met before came  in and loved on me and with me. Some would hold my hand and cry with me, some would tell me to ‘figure it out’ or to ‘be a man’.  I’ve never experienced love like  that; empathy, humanity.

Still, there were others who came in with an agenda they couldn’t let go of. Some folks would come in, take my bag off, pop off a selfie and bounce. That felt terrible.“

He later went on to discuss what the most useful criticism he has received is, to which he replied “Stop fucking around – Mom“.

There are a lot unanswered questions about this meeting – how he was raped? Why he had a silent meeting with Aimee Cliff, what’s really going on with Shia…and hopefully these answers will come to light soon enough.