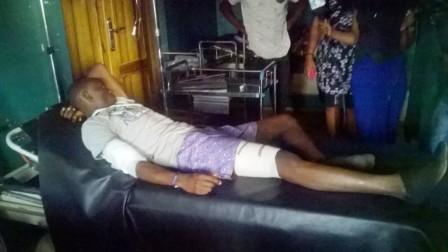 University of Jos has been shut down indefinitely following the violence that occurred during day 2 of the students’ protests against increased school fees.

The protests began peacefully on Monday. However, by Tuesday, it had taken a violent turn, leading to security agents opening fire on students, injuring 11, Daily Trust reports.

University Registrar, Jilli Dandam, released a statement on the matter, and advised students to leave the school premises for safety reasons:

On Monday November 24, the students of the University of Jos embarked on peaceful demonstration against certain issues.

Management met and issued a release, assuring the students and the university community that some of the issues raised by the students were nothing but mere rumours that had no basis. However certain steps were taken to address all the grievances including shifting the second semester examination by one week and the setting up of a committee to look into other issues.

On Tuesday, November 25, the students mobilised themselves and blocked the Bauchi Road and set tyres on fire.

In order to avoid further escalation of the situation, the management met this morning and decided that the school be closed down until further notice. Students are therefore directed to vacate their hostels on or before 2pm.