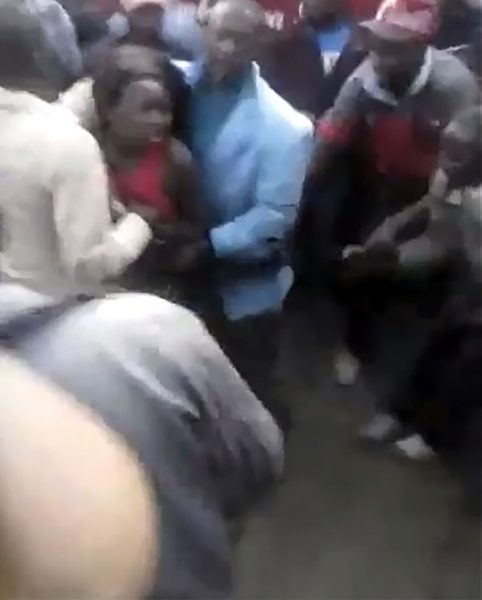 screenshot from the video

A woman was reportedly stripped naked on the streets of Nairobi, Kenya by unknown men on Friday, November 7th, because she was “indecently dressed.” A video of the incident went viral last week, sparking outrage amongst many Kenyans, who launched a protest tagged #MyDressMyChoice on social media. Protesters have also gathered at various locations in Kenya to raise their voices against the violent act.

The video has been deleted from Youtube, however; AlJazeera  was able to view it before it was deleted. They describe the content of the video:

“In the video, reportedly taken at a bus stop, the woman is seen surrounded by men who strip her naked and assault her for allegedly dressing improperly.”

Mashable also states that “in the footage, several men can be seen surrounding the woman and pulling at her clothes, as she tries to escape.”

Some sources allege that the men who stripped the woman are ticket collectors for a local bus company, but another report states that the company has denied that the men were staff members.

Here’s what some people on Twitter/Instagram are saying about the incident:

Chocolate City singer, Victoria Kimani, who is from Kenya said: 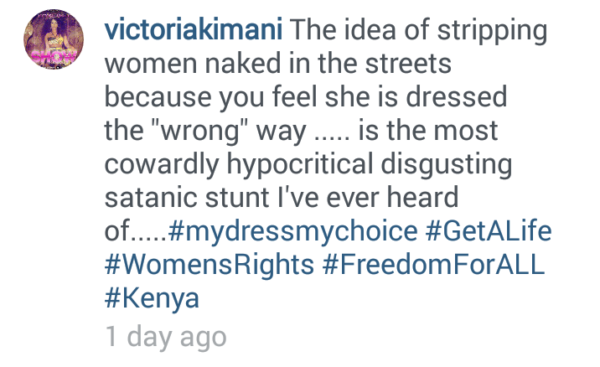 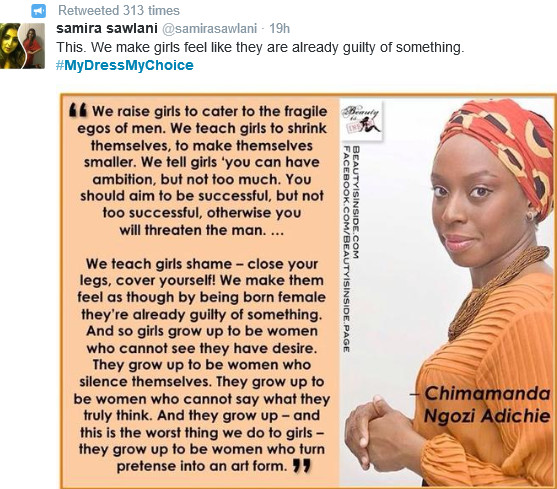 A few months ago, BN posted an article about a similar topic, Do Women in Revealing Clothes Deserve Rape? Surveyed Brazilians Say “Yes”, in which a majority of respondents to a survey expressed that women who dressed in a revealing manner deserve to be raped.

No woman deserves to be raped or physically assaulted just because she chooses to dress a certain way.

Lagos State Governor Fashola is all Smiles in Selfie!