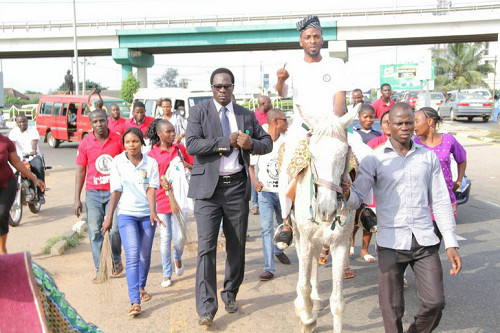 Nigerian music star 9ice who contested for a seat in the House of Representatives for Ogbomosho North/Ogbomosho South/Orire Federal Constituency under APC, and lost, has revealed that he is unhappy with the way the Oyo State primaries were conducted.

He recently released the following statement on the matter:

I, Abolore Adegbola Akande an aspirant under All Progressive Congress party contest against the inconclusive primary election that was carried out at Soun Stadium in Ogbomosho North L.G.A. Area of Oyo State.

I am using this medium to appeal to the appeal committee to render this election null and void with immediate effect, also another date and different venue outside the town should be scheduled for a proper and free and fair election at a later date.

How to Plan the Perfect Christmas Party: Tips from Event Planning Expert – FVO