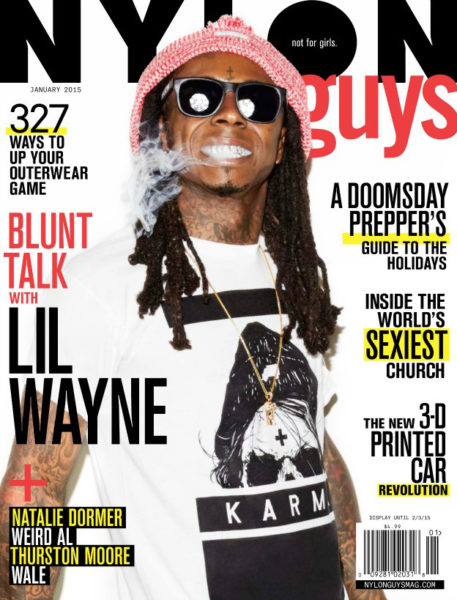 Do you think Lil Wayne is the last of a dying breed when it comes to music?

According to the rapper, himself as well as Beyoncé and Kanye West are “the last of a dying breed”. In an interview with Nylon magazine (which he lands the cover), he talks about his upcoming album, rapping and much more.

On rapping: When I first started doing it, you only did it to be the best— not to have a hot song or popularity or for Instagram or Twitter. I’m one of the last of a dying breed…the ones who are only about the music. You have to want to be unforgettable. The only other people who I can think of like that are Kanye West and Beyoncé.

On his process: I’m just a regular street n____ that’s a little smarter than the rest. I rap whatever comes up in my head. Whatever rhymes with the next word and how I’m feeling. I start rapping and we find something within what I just said and make a song out of it.

On weed: I don’t know how it works, but I know that I need weed…extra when I’m creating. It helps in a major way.

For more on his interview pick up the December/January issue of Nylon magazine.

Charles Novia Calls Cobhams Asuquo Nigeria’s Own Stevie Wonder; The Most Talented Musical Genius on the Scene at Present