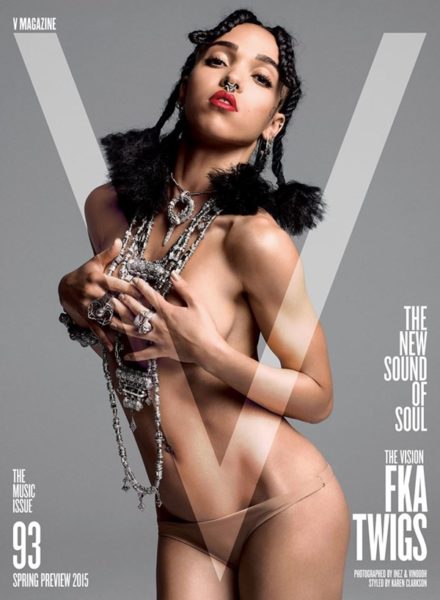 Singers FKA Twigs and Tinashe have 2 of the 4 covers for V magazine’s Spring 2015 issue and they are both photographed by Inez & Vinoodh topless.

The other two covers of the magazine are given to Sam Smith and Jessie Ware. 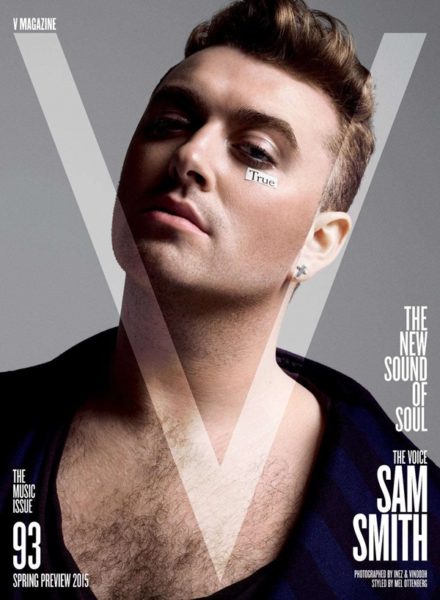 The magazine describes FKA Twigs as ‘The Vision’, Sam Smith as ‘The Voice’, Tinashe as ‘The Vixen’ and Jessie Ware as ‘The Vibe’.

According to the magazine, V Champions Sam Smith, FKA Twigs, Jessie Ware, and Tinashe as the new sounds of Soul in “The Music Issue” with features and surprises from the Industry’s biggest names.

Be sure to check out the new issue here.