A few days back Queen Ure, a music act and ex-wife of singer-turned-prophet Soul E claimed that another music act, Cynthia Morgan had stolen the concept of her ‘Porpori’ song and reworked it into ‘Popori’.

Queen Ure recently went on to get a court order stopping Cynthia Morgan from using the song title, “Popori”. She stated that she doesn’t want Cynthia to make use of the word ‘Popori’ and to help the case; she sought an injunction from the Federal High Court in Lagos. 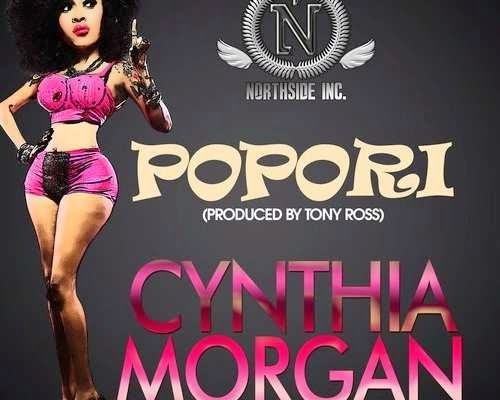 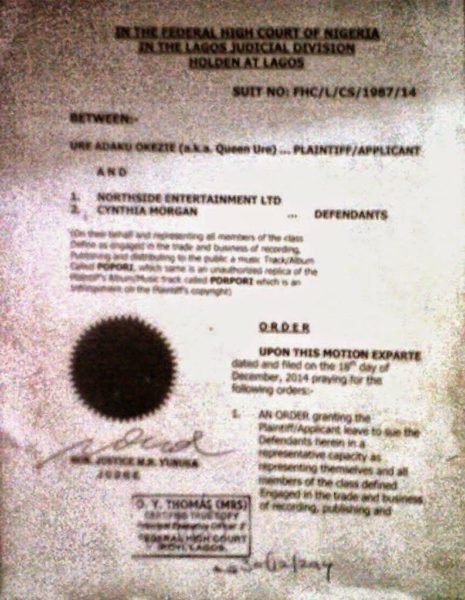 This morning, Cynthia Morgan went on Instagram to express her displeasure at the turn of events.

*Please note that the message below has strong language. Queen Ure’s video for the song titled ‘Porpori’ (a word she said she made up), dropped in November 2012 and her 15-track album was launched on Dec 29, 2012 also with Porpori as title. She equally dropped another ‘Porpori’ video in March 2014 alongside other singles and videos.

Speaking to NETng, Queen Ure says that what she has done is nothing personal but preservation and protection of her intellectual property as well as her contribution to the music industry so that artists can begin to respect each other’s works and start appreciating the act of registering their works so they can be protected in a case of infringement.

He’s All Grown Up! Justin Bieber Unveiled as the New Face of Calvin Klein