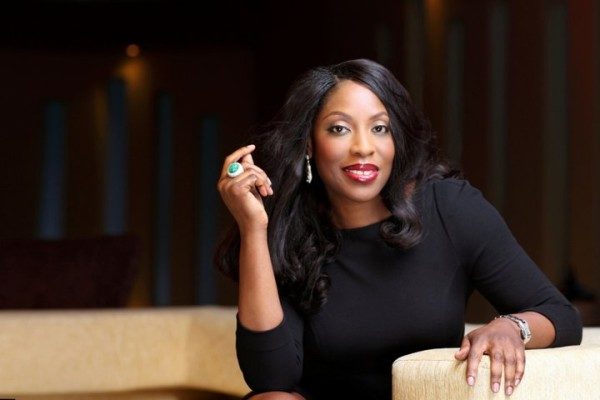 Mo Abudu is one woman that a lot of younger ladies look up to. Her success story is an amazing one and the heights she has climbed are admirable.

The Executive Chairman and CEO of Ebony Life TV, was just named by Forbes as Africa’s most successful woman of the year.

According to Forbes, ‘Africa’s Most Successful Women’ introduces you to the most outstanding African women who are making giant strides in business, politics, technology, entrepreneurship and leadership on the continent and elsewhere around the world.

Other women who have been listed in past are Divine Ndhlukula, Founder and Managing Director of SECURICO, one of Zimbabwe’s largest security companies, Khanyi Dhlomo, a 36- year-old South African media mogul, unconventional visionary, and a builder of big dreams.

In an interview with Mfonobong Nsehe of Forbes, she recounts her entrepreneurial journey and reflects on the lessons she has learned along the way.

On standing up for herself: As I have said many times in the past, here, I had to learn to stand up for myself, to defend my identity and my race in an environment where you continually got asked the most ridiculous and mind-boggling questions like “Do you guys live in trees and holes in Africa?” “Do you guys dance around fires?” “What do you eat for breakfast?” Very ignorant questions. Those sort of questions could either make or break your spirit but I was very determined that I was going to stay strong. This kind of afro-pessimism simply fuelled a burning, deep-seated desire in my subconscious to one day help to rewrite the African story; to get people to talk about the issues that affect our society and to tell the African narrative in a contemporary and interesting way; to change the perception the world had of us; to let the world know that in spite of our challenges as a developing continent, Africans are not a bunch of savages but mostly a breed of gifted and remarkable people.

On her journey as a media entrepreneur: So, after my education and a flourishing modelling career in the UK, I returned to Nigeria in my late twenties. My children had reached their teens; I had begun enjoying a successful career as Head of Human Resources and Administration for oil giant, Esso Exploration and Production Nigeria Limited (ExxonMobil). I always say that this experience at ExxonMobil was the best thing that happened to me at that time because the job gave me an invaluable understanding of corporate structure and business discipline, which would eventually prove very useful in my future business endeavours, to include the Protea Hotel Oakwood Park, of which I remain a shareholder and director; Vic Lawrence & Associates, now one of Nigeria’s leading outsourcing firms, where I also remain founder, and so on. However, as successful as all these business ventures have thankfully been, nothing perhaps has given me the most fulfilment as the prospect of exploiting the media as a tool to affect global perceptions about Africa. So, with no TV experience whatsoever, I had approached DStv back then with the Moments with Mo proposal which I had hoped would persuade them to see that it was time Africans had a talk show that projected all that was positive, progressive and celebratory about the continent. I had seen a gap in the market for talk shows that were quintessentially African on the DStv bouquet. I had observed that there were talk shows on NTA, and other Nigerian channels but there wasn’t a single Pan-African talk show at the time. I did not get a positive response from DStv as I was told they were not looking for a Pan-African talk show on the platform at the time.

On creating ‘Moments with Mo’: In response to the need for local content on the platform, the window of opportunity soon opened for us and that was how, in 2006, Moments with Mo was born out of the vision to build and project a new, stronger, more independent and more confident Africa; an Africa that speaks for itself; that celebrates its people and achievements and solves its own problems.Ihad taken about 5 pilots of my talk show to them back then but they were all rejected and eventually, one was accepted. And even at that point, I was told they were not going to commission, that they were only going to license, which means they would buy the content from you at an agreed price. So I was told to go and look for sponsors, which I did, and the rest, as they say, is history.

I Don’t Hate the Northern Part of Nigeria – Pres. Jonathan