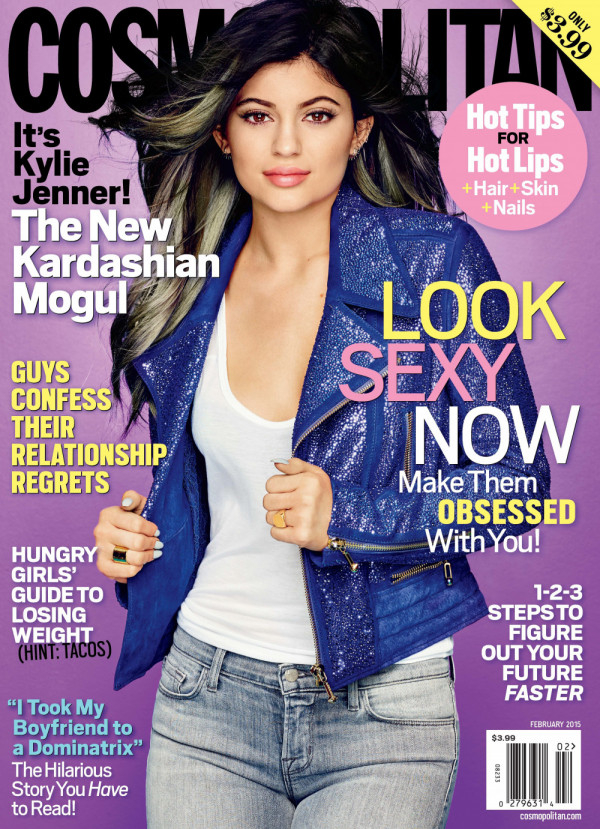 With her sisters’ booming careers, you can’t help but wonder what’s happening with Kylie Jenner.

Well, it seems like 2015 just might be her year with a fab new cover in Cosmopolitan’s February 2015 issue. And she isn’t entering her year of shine with old baggage; so she is debunking rumors that she’s had lip surgery (again).

She told Cosmo “You guys have watched me grow up since I was nine. My face is going to get different“. “Now, I know how to do my makeup, contour and everything. I’m not against surgery. I’d never say no, but I don’t desire it right now.”

Kylie has been hot in the media lately for her relationship with rapper Tyga, and her signature lips. 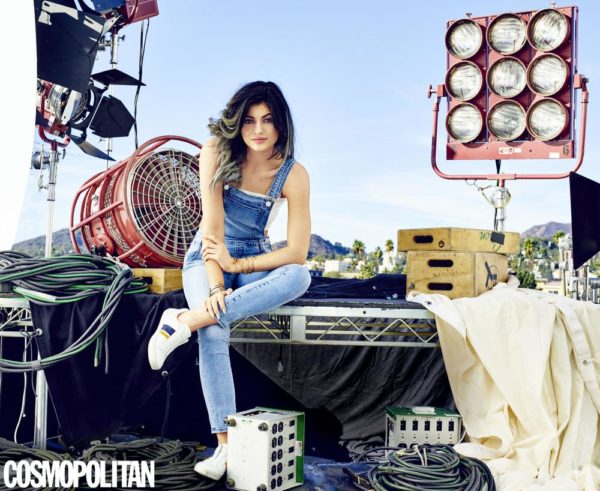 What do you think? Think Kylie’s makeup skills are that good? 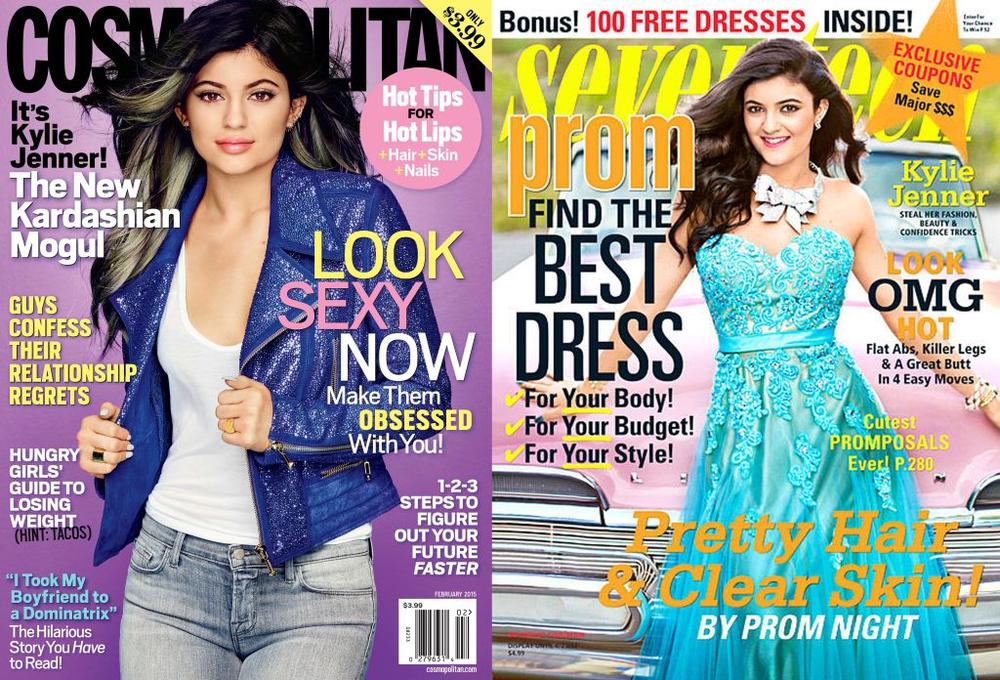