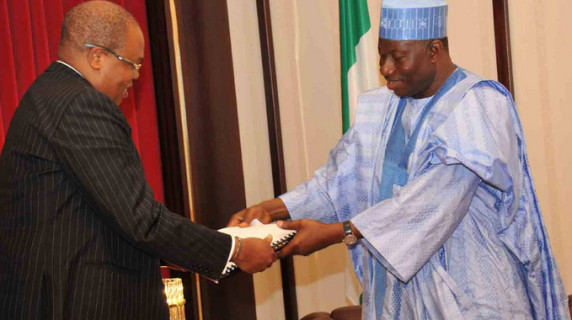 A forensic audit on the Nigerian National Petroleum Corporation (NNPC) was recently conducted by PriceWaterHouseCoopers.

You will recall that President Goodluck Jonathan received the audit report on Monday and assured Nigerians that there was no cause for alarm.

However, some highlights of the report have now been revealed, including the fact that NNPC and Nigerian Petroleum Development Company (NPDC) are to refund the sum of N274.54 billion ($1.48 billion) to the federation account.

Auditor-General for the federation, Samuel Ukura, announced the news in Abuja on Thursday, Punch reports.

According to reports, “PriceWaterHouseCoopers was last year hired by the Federal Government to carry out the forensic audit of the NNPC following an allegation by the former Governor of the Central Bank of Nigeria, Lamido Sanusi, that $49 billion was not remitted to the Federation Account by the corporation.”