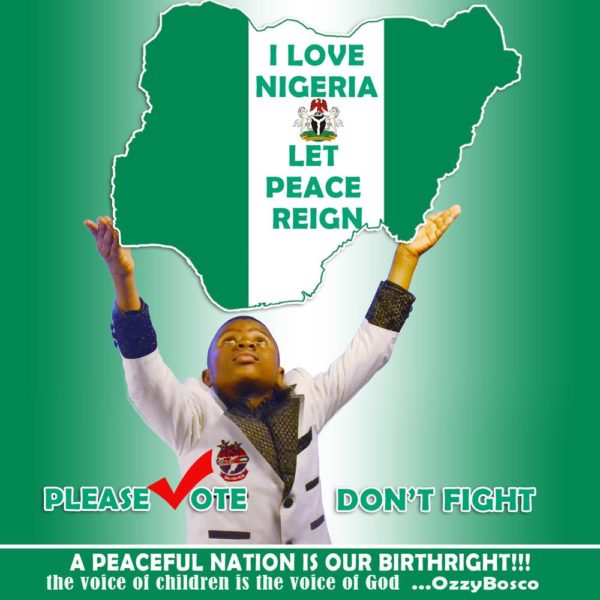 Although he certainly can’t vote, kiddy wonder OzzyBosco is advocating for continued safe elections in a new song with Terry G.

In a video described as a teaser by his Mum, CEO of Ozzy Records, the child right crusader has lent his voice to the request for total peace in Nigeria especially during and after the 2015 general elections.

The single which featured The African Lion, Terry G is one of the songs coming up in his debut album “SUPERSTAR” due for release later in the year.

Related Topics:OzzyBoscoterry g
Up Next

The Man in Purple! Patoranking Covers Made Magazine’s March 2015 Issue