Davido, DJ Cuppy face Backlash from Fans as They're in Kenya, Missing the Elections 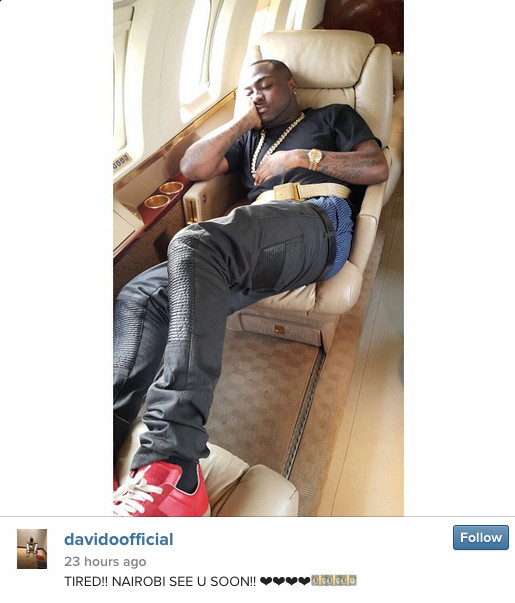 Davido and DJ Cuppy are currently facing some heat from fans as they’re in Nairobi, Kenya this weekend for a concert, making them unable to vote.

We’re guessing they were unable to cancel because of contractual obligations, a similar problem Basketmouth cited, when he couldn’t move his annual London show on February 14, the original election date.

Both DJ Cuppy and Davido used separate private jets for their trips. 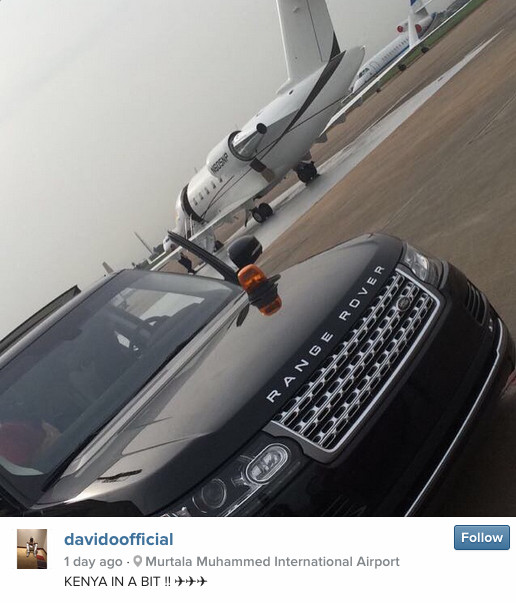 DJ Cuppy was accompanied by her friends for the cross-continent flight. 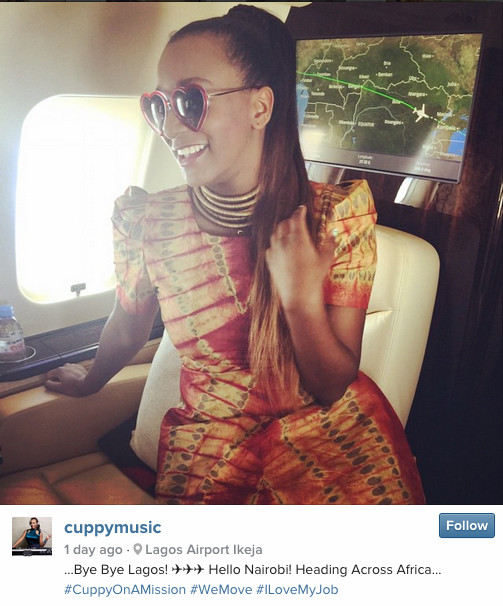 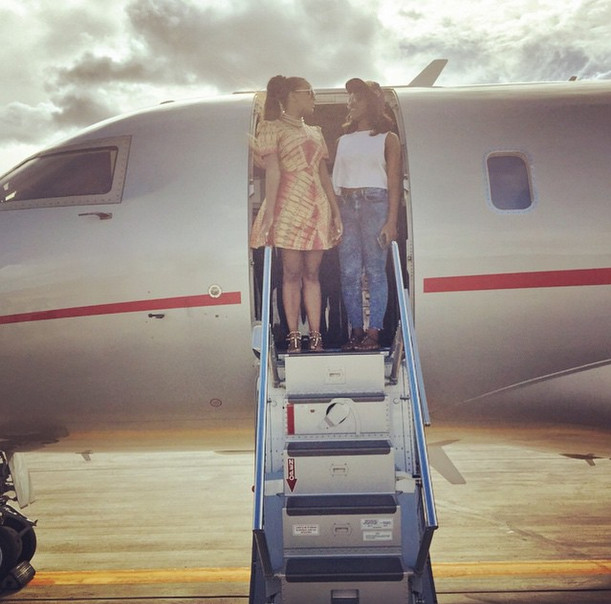 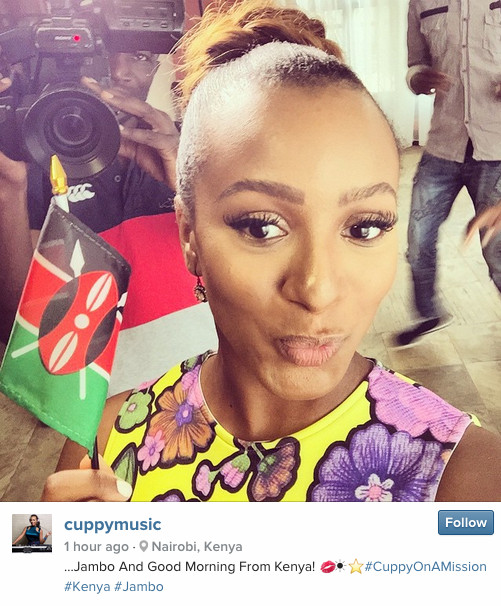 Here are some of the comments from Cuppy’s fans: 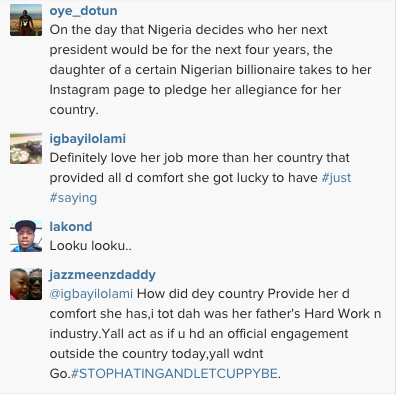 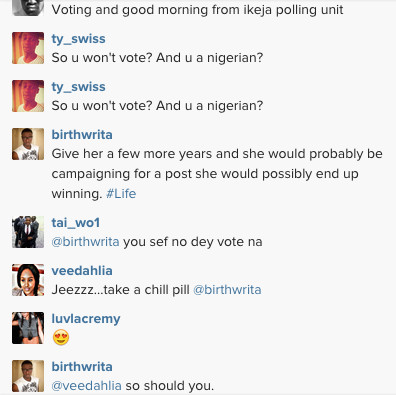 Update! The DJ posted this photo holding the Nigerian flag, saying the country is on her mind. However, some fans are still not having it. 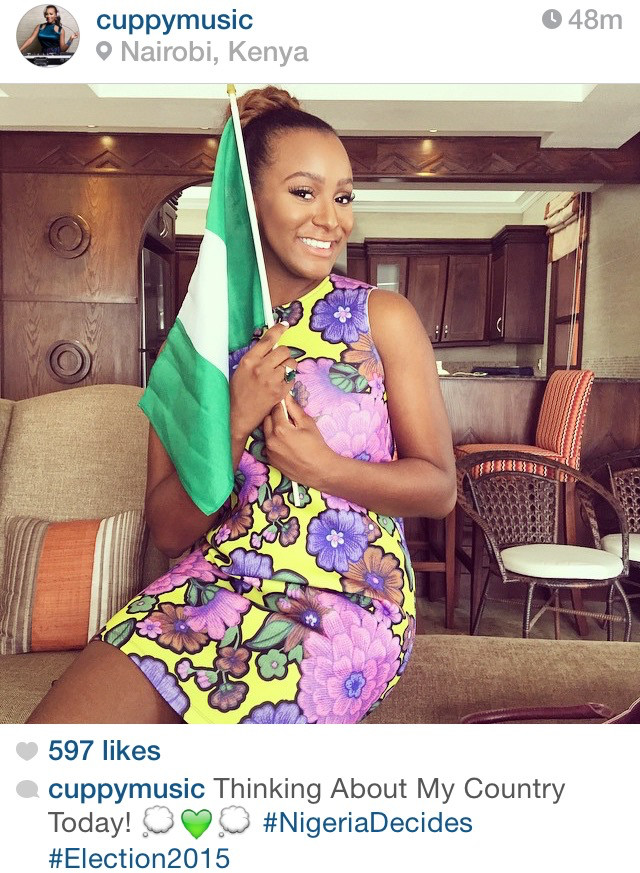 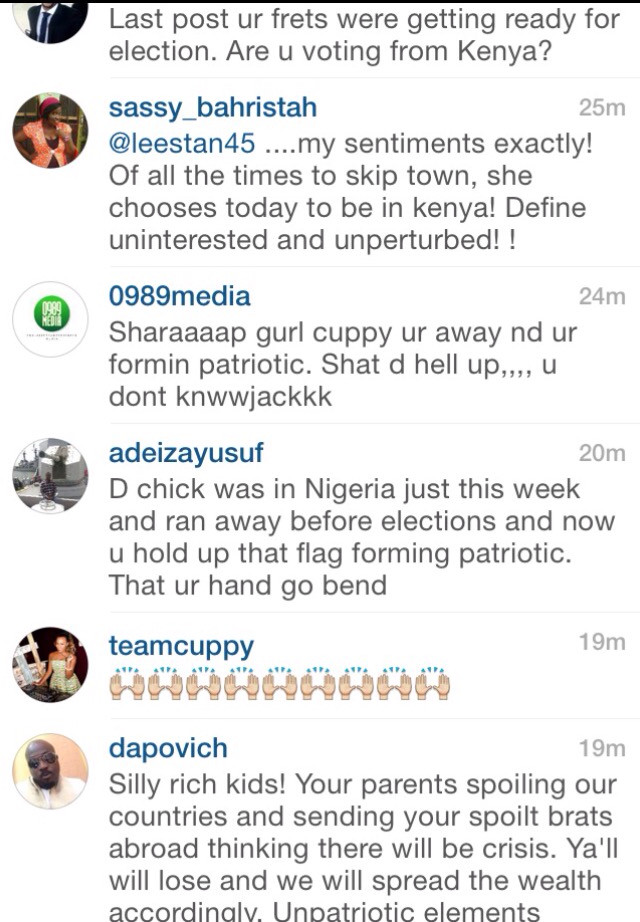 Related Topics:DavidoDJ Cuppy
Up Next

Welcome Waju! Brymo Shares the Good News that He is a Dad

#SweetSixteen! Waje Celebrates her Daughter’s Birthday with her Birth Story