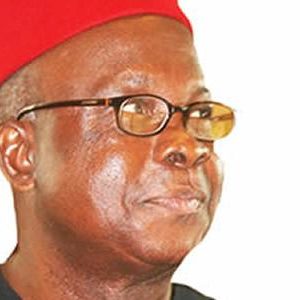 Governor Martin Elechi of Ebonyi on Tuesday alleged that some individuals from the state who want him removed from office had earmarked N3 billion to actualize his impeachment.

The governor made the allegation in Abakaliki when the leadership of National Association of Ebonyi State Students (NAESS) paid him a courtesy visit.

He said that instead of utilizing the money to develop the state, the concerned individuals channeled it towards his impeachment to realise the ambition of one man to rule the state at all costs.

Elechi said: “I was at the forefront of the struggle to actualise the creation of the state for 28 years. I can authoritatively say that N1 billion would have gone a long way in developing the state not to talk of N3 billion.

These are the same people who want to rule the state; even if they continue to throw money around to hooligans, God is in control and will not allow them to succeed.

Their resolve to remove me from office is borne out of their fear that if I remain in office, I will truncate the dreams of one of them becoming the governor.”

The governor said he was yet to be served the impeachment notice.

He said that it was worrisome that the state lawmakers who are expected to protect the law are the law breakers.

He thanked the students for their solidarity with the government which had recorded several giant strides one of which he said, included the completion of Oferekpe Mega-Water scheme, among others.

The president of the association, Fredrick Nwebor commended the governor for the “mature manner” in which he handled the crisis.

He warned politicians in the state not to take advantage of Elechi’s peaceful disposition in the crisis to exacerbate the situation.

“Political actors in the state should not take advantage of the governor’s peaceful stance on the crisis to further escalate the situation. No individual’s interest supercedes the collective interest of the people,” he warned.

Nwebor appealed to the governor to assist the association with the purchase of official bus, construction of secretariat building and sponsorship of its programmes, among others.

Hey, Listen Up! Sunlight Detergent’s ‘Alarambara’ Brings Drama to you on Radio!