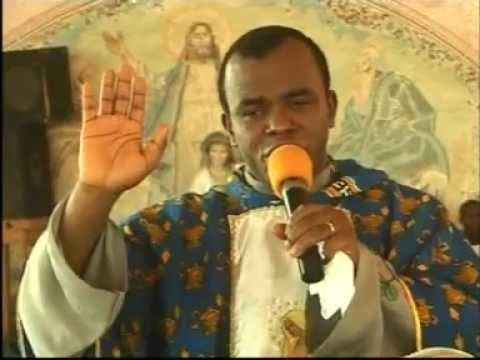 Enugu-based Catholic Priest, Ejike Mbaka, is alleging that President Goodluck Jonathan and the First Lady are planning to assassinate him because of his constant condemnation of Jonathan’s re-election bid.

Mbaka made the allegations during a recent sermon he delivered at his church, Punch reports.

According to him, the Jonathans’ purported plan to assassinate him shows “the president no longer has the fear of God.”

“Although I sent a letter about this somewhere but I want to say this to the atmosphere. Let me say to the whole world that President Jonathan and his wife, Patience, are planning to assassinate Father Mbaka. It is a known secret, so whoever they want to use, I don’t know. They may not come themselves. They may use these unemployed people. The same people I am speaking for. I don’t know why people no longer have the fear of God.

I am just trying to tell any Pharaoh that is threatening to kill any Moses to remember what happened in Exodus chapter 12. After the Passover, the family of Pharaoh cried. They ended in the middle of the Red Sea.”