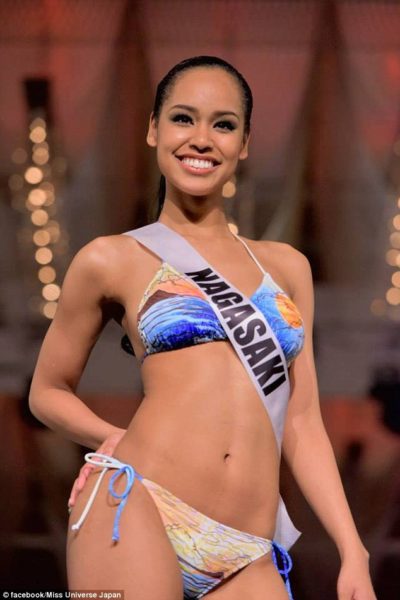 She was born and raised in Nagasaki, Japan and speaks Japanese fluently. Her father is African-American and her mother is Japanese. But still, many are unhappy that she is the new “Miss Japan” and has been chosen to represent the country in the forthcoming Miss Universe pageant.

Meet Ariana Miyamoto, the mixed race 20-year-old beauty queen who is in the midst of this controversy.

Ever since she was crowned Miss Japan, she has constantly had to defend herself from critics who say she is not Japanese enough, just because one of her parents is American.

According to Daily Mail, she constantly has to emphasize that although she doesn’t look Japanese on the outside, there are many Japanese things about her on the inside.

Miyamoto is called a ‘hafu’, a Japanese term used to refer to someone who is biracial. 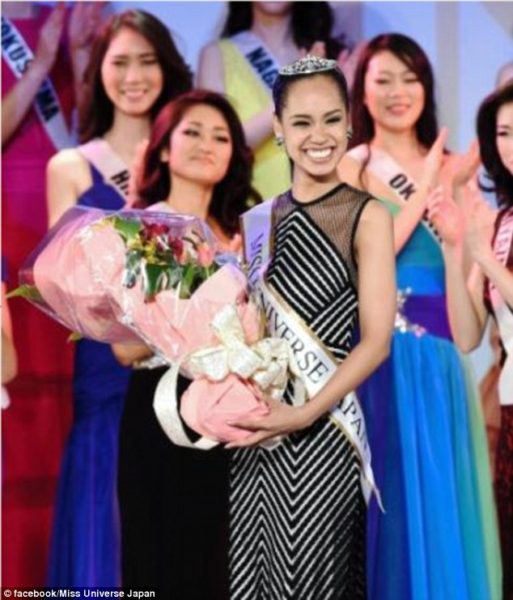 Reports state that the common perception in Japan, which is one of the least ethnically diverse countries in the world, is that mixed-race people are not fully Japanese.

Many Japanese people on social media have expressed their displeasure that Miyamoto will be representing the country.

“Is it okay to select a hafu to represent Japan?” said one commenter. “It makes me uncomfortable to say she’s representing Japan,” said another. Similar comments have poured in ever since the news was announced.

However, her supporters see nothing wrong with Miyamoto representing Japan.

“Miyamoto’s selection as Miss Universe Japan is a huge step forward in expanding the definition of what it means to be Japanese. The controversy that has erupted over her selection is a great opportunity for us Japanese to examine how far we have come from our self-perpetuated myth of homogeneity while at the same time it shows us how much further we have to go.” 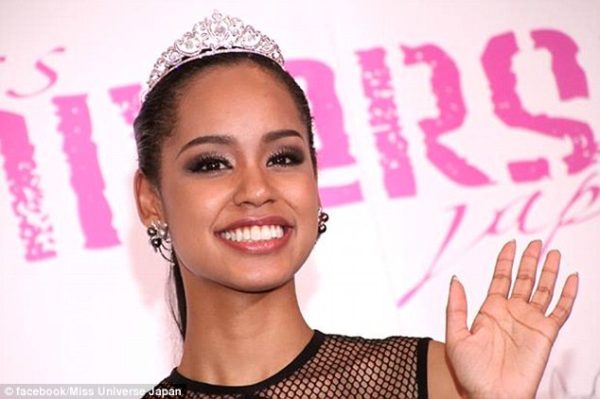 Miyamoto isn’t letting the criticism get her down though. She looks up to superstar singer, Mariah Carey, for inspiration.

“She went through a lot of difficulties before becoming a popular singing sensation. She faced some racial hurdles, similar to myself, but she overcame them and became a top star, so she’s been a big influence on me,” she said.