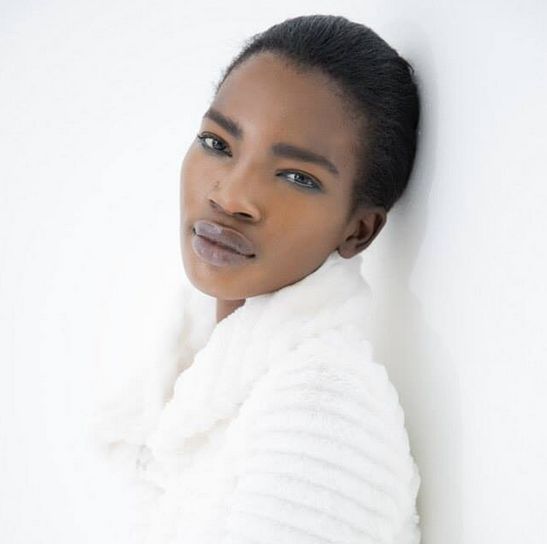 Yesterday, we published a feature on Africa’s Next Top Model Winner – Aamito Stace Lagum (ANTM) and her journey through New York, London & Milan Fashion Week 2015, modelling for some of the world’s best designers. Click here if you missed it.

From a recent interview with WWD, it is clear that the Ugandan model always knew she wanted to be a model; and made sure her dream came true. She detailed how she used to feel like a “black swan” because her kind of beauty wasn’t celebrated in Uganda, her mum’s initial disapproval of her modelling career, and how she rode a 16-hour bus to audition for a chance of a lifetime at ANTM Season 1.

See excerpts from the interview below;

On feeling like a “black swan” because of her beauty
When I was 16, of course everybody would comment, “Oh, you should be a model.” But I didn’t think about it. I felt like a black swan. In my country, people who are tall and skinny are not celebrated that much. They usually like a lady to be curvy. I didn’t feel unique…I didn’t feel womanly or feminine. I didn’t feel beautiful when I was growing up. My mom always told me, “You’re unique, you’re beautiful” — things that your mom says. But since it’s coming from your mom, it’s like, “Well, you’re supposed to say that.” You kind of don’t believe her.

On her journey to getting cast for ANTM
I told my mom: “Look, let me just give this one last try. I really wanna do this. I want to be a model. I want to do this as a profession. I feel like I love it and it’s where I’m supposed to be. But I totally understand that you can’t do it in Uganda and survive.” So she was like, “Fine. I’m gonna give you transport fare to Nairobi.” That’s where the casting was. So I took a 16-hour bus from Uganda to Nairobi. I arrived there the morning of the casting and I took a bus back home that same night.

Honestly, when you’re on the bus all night, you look like sh-t. I reached Nairobi that morning — I was among the first people to arrive — but I wasn’t feeling confident at all. I looked horrible because I had only slept on the bus. My eyes were like…it was crazy. Anyway, so during the casting, there were different stages. I made it to the final stage — all in one day — but I had to leave to catch my bus home. I told the producers, “I have to catch my bus.” It was leaving at 7, and the time was 6:15. The producer went into a room, came out, and said, “Aamito, we will call you.” After a few days, they called me and said, “You have made it to be among the 12 girls on ‘Africa’s Next Top Model.’” My mom was like, “Wow, finally!”

This just goes to show; when you really want something, go for it. Read the rest of her interview with WWD.com HERE.

BN Pick Your Fave: Mo’Cheddah & Niyola in April by Kunbi