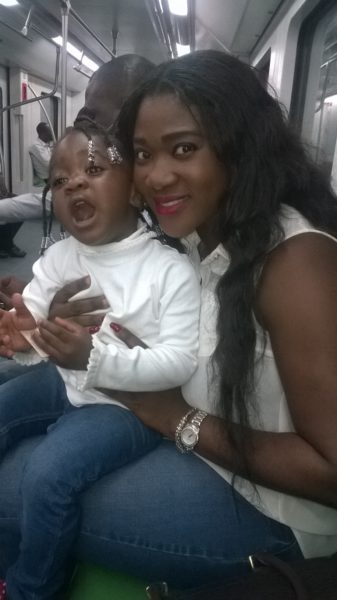 A few days ago Nollywood actress Mercy Johnson posted pictures from a train ride with her daughter, Purity, in Lagos (click here if you missed it) and her action got a lot of comments.

Mercy Johnson has now responded to the comments explaining why that was her choice of transportation via her publicist.

My picture and that of my daughter, Purity in a Lagos train has surfaced online and quite a number of people have asked me what I was doing in a train and in Lagos for that matter; not Paris or London.

I was around Iddo at Ebute Metta when my Range Rover developed a mechanical fault and I had to make a very important appointment in Ikeja regardless of the usual traffic congestion in Lagos. Luckily, a member of my management team was around, he suggested a train ride and we were in Ikeja in less than 30 minutes but that is not the crux of this statement.

Like I mentioned earlier, I have had to answer questions in private and public as to why I would board a train because trains in Nigeria are considered a means of transportation for the ordinary and not-so-rich people. A friend called and said I just devalued my brand by being on the train with ordinary people.  I couldn’t help but laugh. Are we extra ordinary people because we are celebrities?

In as much as I understand the concept of branding, packaging and exclusiveness, I will never trade the experience to sit, interact and feel the pulse of so-called ordinary people.

For the purpose of clarification, I was not on that train due to lack of money to get a well packaged cab or to get somebody to bring another car from the house but,  my car developed an unforeseen fault and I needed a fast , reliable and convenient alternative immediately as there was urgent business to be attended to and I respect time a lot.

The train was available where I was; most importantly, I did not want to turn down the opportunity to be with the people who would ordinarily not have access to me so I grabbed the opportunity with both hands and here we are.

I want to thank my co-passengers, officials of the train for treating me with absolute respect and courtesy, I am indeed, very grateful.

Her PR team also released more pictures of her train ride with her daughter and husband. 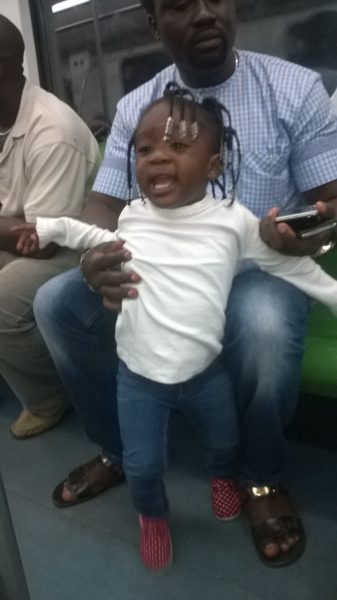 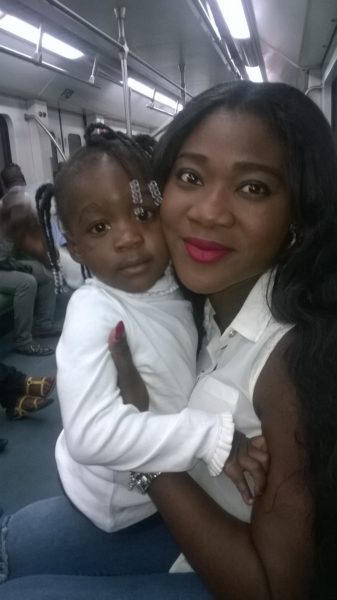 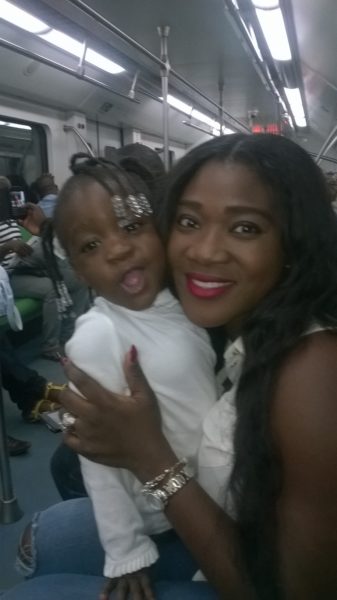 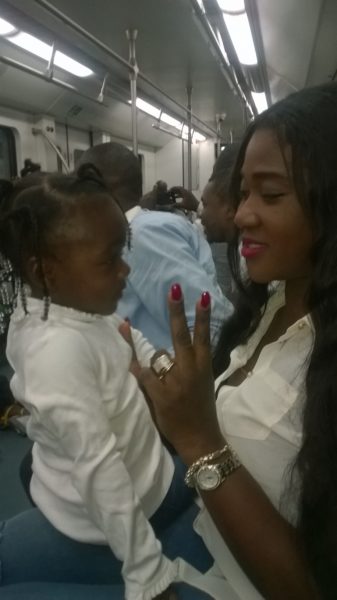 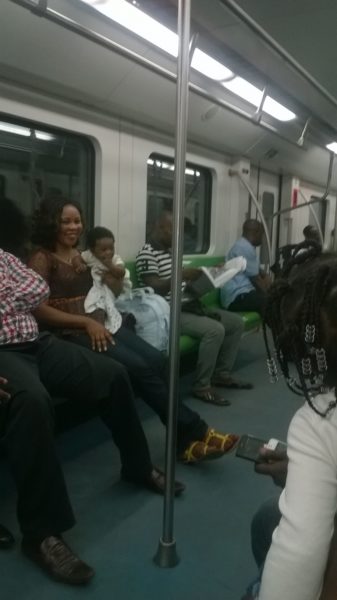 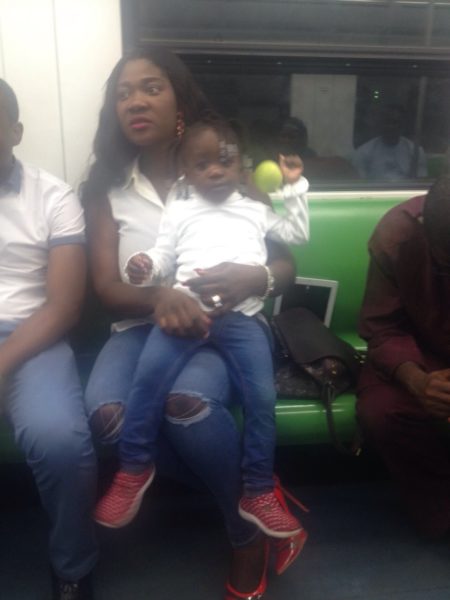 ‘This is about Culture Not Colour’! Eku Edewor & Team Respond to Criticism of ‘Heritage’ Shoot

Julius Agwu Has a Message for Entertainers Going into Politics for Money: The Future Depends On What You Do Today