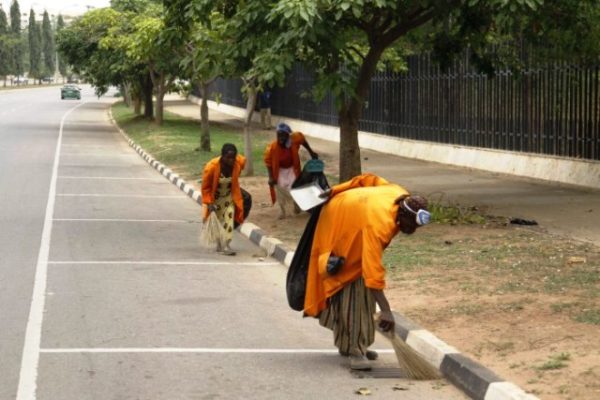 A Federal High Court, Lagos, on Friday suspended the execution of the judgment which stopped the Lagos Government from imposing movement restriction on citizens during the state’s monthly sanitation.

“By implication, anyone found moving around between 7 a.m. and 10 a.m. on the last Saturday of the month while the sanitation exercise is being observed, will be liable to arrest. This order would also apply to both state and federal roads in Lagos.’’

Justice Mohammed Idris made this fresh order to put on hold the enforcement of the March 16 judgment, which nullified the power of  the Lagos State Government and its agents from arresting anyone found moving during the  exercise.

According to the judge, the March 16 judgment would not be enforced until the outcome of the appeal filed by the Lagos State challenging the judgment.

Idris, however, ordered the state to compile the records of proceedings within 90 days, otherwise the stay of execution would be nullified.

The Lagos Government, through its Solicitor-General, Lawal Pedro (SAN), had filed an application for a stay of execution, urging the court to summarily suspend the enforcement of its judgment.

Idris had, on March 16, declared the movement restriction policy as illegal and a violation of Sections 35 and 41 of the Constitution, which preserved the citizens’ rights to personal liberty and freedom of movement.

Though the judge did not overrule the exercise, he held that the Lagos State and its agents lacked the legal backing to arrest or detain any citizen found moving during the exercise as there was currently no law to that effect.

“I have no doubt that the restrictions imposed on the movement of persons and sanctions meted out to those who breached them are clearly not supported by any law and unjustified. I must state, loud and clear, that the environmental sanitation exercise is not in itself unlawful, but what is unlawful and unconstitutional is the restriction imposed by the respondents during the exercise,” Idris had said.

But Pedro, in a further affidavit, insisted that the judge did not consider or exhaust all the relevant provisions of the law before arriving at the judgment.

“We were able to show exceptional circumstances in our further affidavit; we exhibited a law which, I must concede, was not brought to the attention of the court. The court would have been more comfortable while arriving at its judgment, if that law was brought before my Lord,” Pedro said while arguing his case.

He made reference to and read Section 28 (1) and (2) of the amended Environmental Sanitation Edict of 1987, which empowered the police, a sanitary officer or a member of the then Military Task Force to arrest without a warrant, any person “found roaming about without lawful excuse within such specific period,” when any normal communal or other civic obligation directed by either the state or Federal Government was supposed to be observed.

Pedro further likened the movement restriction policy to what obtains during the general elections period, saying though he was not aware of any specific law that said movement must be frozen during elections, peculiar circumstances necessitated the policy.

In opposition, the respondent/applicant, Ebun-Olu Adegboruwa, had asked the court to refuse the application for stay of judgment execution, saying that Lagos State had a trade mark of disregarding court judgments.

He said the state had been known for undermining the authority of the court and accused the state of deliberately delaying hearing in its own appeal against the judgment.

But one Quduz Lawal, deponent to Lagos State’s further affidavit, debunked the claim, saying: “I specifically deny the allegation of the respondent that it is the trade mark of the respondents/applicants to always disregard court’s judgment.

Idris, however, ruled in favour of the application for a stay of execution.

The News Agency of Nigeria (NAN) reports that Adegboruwa had obtained the court judgment after arguing that the movement restriction policy in the name of sanitation was “an illegal and an obnoxious” policy.