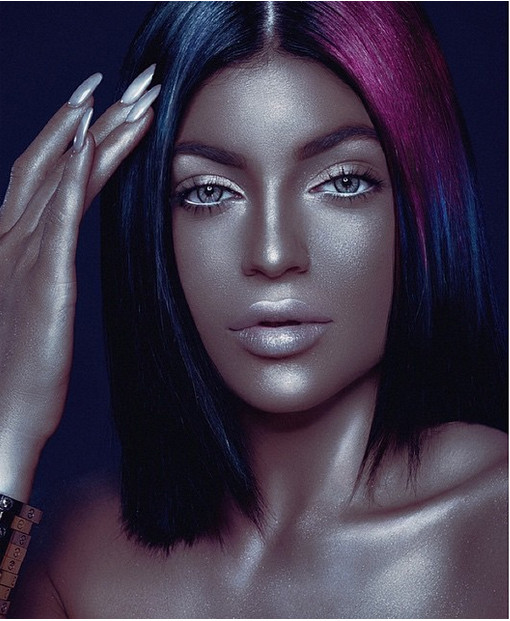 The youngest of the Kardashian-Jenner clan, Kylie Jenner, shared a few pictures on Instagram a few hours ago and her followers have called her out for ‘trying too hard to be black’.

The photos were taken by Marcelo Cantu and her skin was turned shimmery metallic silver, her brown eyes were a shade of blue and her hair was styled with a blue-black and fuchsia color. 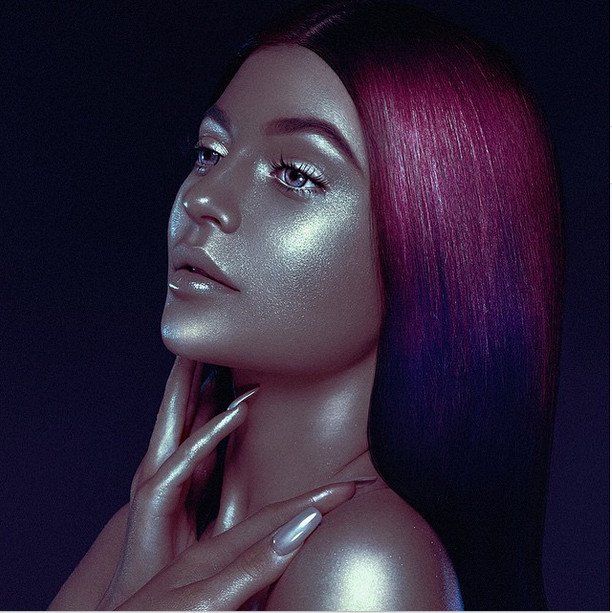 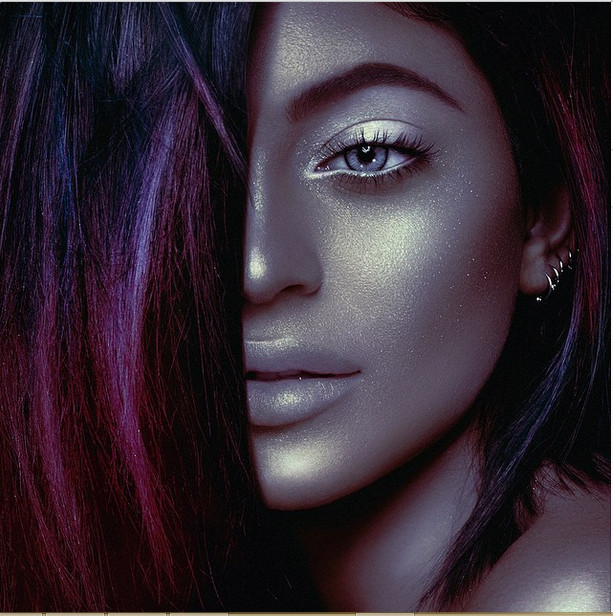 Kylie Jenner will get lip injections, implants, airbrush to look darker, but in the end I KNOW this girl doesn’t want to actually be black

#IyanlaFixIt RT @MotleyMusings: MEANWHILE, @KylieJenner do you want to explain this mess or nah?! pic.twitter.com/hCc9JiQSzq

Kylie Jenner has proven us all right. “I wish I looked like this all the time” BLACK?? YOU WISH YOU LOOKED BLACK?? CAUSE WE’VE BEEN SAYING

not only does kylie jenner want to be black she also wants these hands as well!!!

kylie jenner poisoned our water supply, burned our crops, and delivered a plague unto our houses

why does kylie jenner get away with literally everything including blackface and cultural appropriation? OH WAIT

I dare a fashion blog or magazine to praise kylie Jenner’s blackface. You will get a response article from all of the black community.

Kylie Jenner took to Twitter this morning to address the issue saying:

so just got the time to head on social media lol.. The photographer used a black light & neon lights for those photos.

Yes, In another world I wish I could have pink hair & blue eyes & covered in sparkles.

But in this world I’m happy w the way God created me. Happy Easter everybody

It’s Easy Dining with Tunde Aiyeomoni! Check Out 3 Recipes for the Weekend