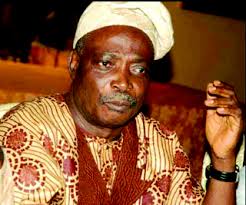 The Oyo State Election Petition Tribunal has received 12 petitions from aggrieved candidates in the March 28 National Assembly elections, an official has said.

The official, who did not want his name published, told the News Agency of Nigeria (NAN) in Ibadan that the tribunal’s secretariat was still in the process of receiving petitions and serving the respondents.

According to him, candidates have 21 days after INEC’s release of the election results to file their petitions before the tribunal.

“So far, we have received 12 petitions and when the process of serving the respondents and receiving their replies are completed the tribunal will likely begin public sitting,” he said.

NAN reports that Accord Party candidates filed eight of the petitions while the Labour Party and its candidate filed two and APC contesting the victory of PDP in the election for Ogo Oluwa/Surulere Federal Constituency.

The Peoples Democratic Party’s Mulikat Akande Adeola challenged the victory of Segun Ogunwuyi of the Labour Party who defeated her in the election for the Oyo North senatorial seat.

However, the Accord Party candidate, Rashidi Ladoja, is yet to file a petition to challenge the declaration of Abiola Ajimobi as winner of the March 28 Oyo State governorship election.

NAN reports that Ladoja, a former governor of the state, had told supporters of the Accord Party shortly after the election that a suit would be instituted to challenge the result of the election.

The Accord Party governorship candidate said that the election was fraught with widespread irregularities and will therefore be challenged at the tribunal.

Some other notable individuals who have filed petitions at the tribunal are Luqman Oyebisi Ilaka of Accord Party who is challenging the victory of Monsurat Summonu of APC in the election for the Oyo Central Senatorial seat.

Others are Sen. Olufemi Lanlehin, also of Accord Party, who is challenging the victory of Olusoji Akanbi of APC for the Oyo South senatorial seat.

Olugbenga Adewusi, also of the Accord Party, filed a petition against the victory of APC candidate, Dapo Lam Adesina of the APC, who won the Ibadan North East and South East Federal Constituency seat.

The tribunal panel has Justice J.G. Abundaga as Chairman while Justice G.C. Nnamani and Justice A.H. Suleiman are members.

Charles Novia Discredits Man Who Walked from Lagos to Abuja