Why Humility Counts...Read How Ja Rule missed Out on "The Fast & the Furious" Success 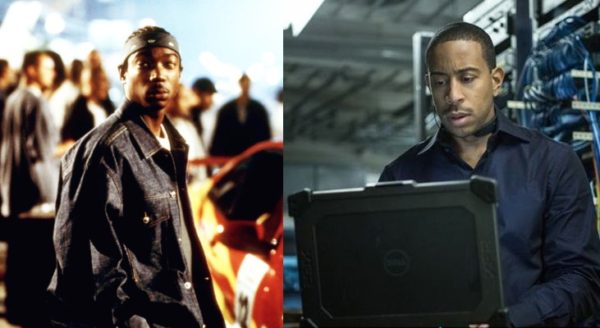 We came across this story and decided to share. It is great to be reminded that humility has its rewards while lack of humility can have unfortunate consequences.

Everyone knows that the “The Fast & the Furious” franchise is one of the biggest in the world. The new movie “Furious 7” is set to break box office records this weekend.

Rapper Ja Rule had a small role in the first movie and was poised to take a leading role in the next film but here is what happened.

It wasn’t that he just refused the role but the way he did it certainly burned bridges!

On the flipside, rapper Ludacris was incredibly receptive and humble. Today, 6 movies later, he is still part of the successful franchise.

“Ja got too big for himself. He turned it down. He turned down a half a million dollars,” Singleton said. “He got 15 grand to be in the first movie. He was really big at that time. I guess Murder Inc. was throwing out hits and were making money hand over foot.

He was acting like he was too big to be in the sequel. He wouldn’t return calls. I went to the studio to go see him — that’s just my mantra, I deal with a lot of music people. He was kinda playing me to the side and I was like, ‘What? What is this shit?’ This was all initiated by me.

I then made a call. I called Ludacris. I said, ‘Hey, Luda, I haven’t met you before, but I like what you’re doing right now.’ Luda was all humble, excited to meet me. I said, ‘I’m doing this movie and I’m wondering if you want to be a part of it.’ He goes, ‘What? Yeah! Anything you do I want to be a part of.’

That’s how Ludacris got in 2 Fast 2 Furious, and the rest is history.”

Ja Rule became Ludacris. Edwin became Tej. The Fast and the Furious went from potential franchise to the 16th-highest-grossing franchise in history. Ludacris would go on to appear in Crash and Hustle & Flow — and three more Fast & Furious films.

“Ja Rule not doing 2 Fast 2 Furious changed Ludacris’s life,” Singleton said. “Years later I saw Ja Rule at the Source Awards and we joked about it. I took him under my arm and said, ‘Man, when I call you, you listen. I ain’t calling you for no bullshit.’ He said, ‘Yeah, man, I’m sorry about that.’ He apologized.

It’s Easy Dining with Tunde Aiyeomoni! Check Out 3 Recipes for the Weekend

The Hottest Blockbuster This Weekend! Photos from the Premiere of “Furious 7”