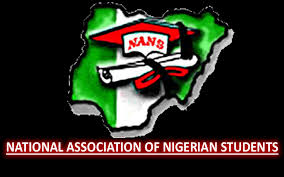 The National Association of Nigerian Students (NANS), says it will not support the removal of fuel subsidy either by the outgoing or incoming administrations.

A statement issued by Nwankwo Ezekiel, NANS’ Public Relations Officer and made available to the News Agency of Nigeria (NAN), in Abuja on Monday, said removing fuel subsidy was anti-people.

The statement said NANS took the decision after wide consultations with the majority of its affiliate member unions, all its structures as well as past leaders.

It called on President Goodluck Jonathan not to assent to the budget when it gets to his table if there was no provision for fuel subsidy in it.

“We enjoin the National Assembly to have another look at their approved budget and make provisions for fuel subsidy before forwarding it to the President for his assent.”

“The incoming administration has said so much about blocking leakages and we believe that the subsidy provisions are not part of the leakages to be blocked.”

“The subsidy is almost the only benefit the poor Nigerian masses derive from our abundant petroleum resources.”

“We hereby remind the government that in 2012, Nigerians rose in unison against the removal leading to the ‘Occupy Protest’ that almost crumbled our national economy’’, it said.

According to the statement, Nigerian students are ever ready to once again be in the fore front of agitations against removal of fuel subsidy and will not shy away from such responsibility.

It said that Nigeria’s economy was still a mono economy; solely dependent on oil, adding that any drastic hikes in price of fuel would trigger hyper inflation and hardship.

The statement, therefore, said there was an urgent need to diversify the economy and broaden the foreign exchange earnings of the country through other means.

Man Embarks on Trek from Abuja to Bayelsa to Honour Pres. Jonathan