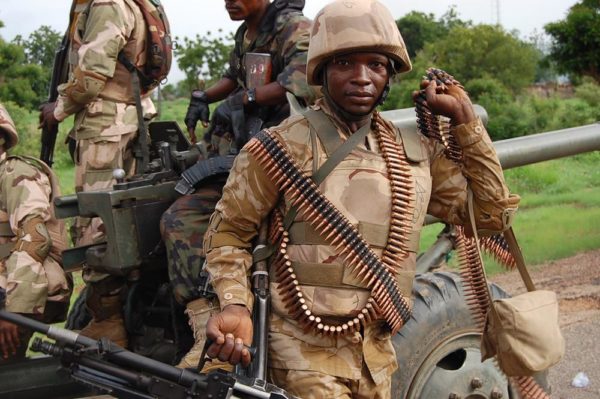 A few weeks ago, Amnesty International‘s allegations that the Nigerian military has committed war crimes against civilians in the fight against Boko Haram, sparked widespread outrage.

You will recall that President Muhammadu Buhari promised to investigate the allegations. And now he is keeping his promise, as the Federal Government has constituted an investigation panel to probe the allegations, Vanguard reports.

The news was announced via in a statement issued in Abuja on Wedenesday by the Permanent Secretary, Ministry of Foreign Affairs, Bulus Lolo.
An excerpt reads:

Due to the magnitude of the allegations, the President Buhari-led government is looking into the report with a view to establishing the fact of the matter.

The government has, therefore, instituted an investigation and assures that there will be no cover-up…

In Nigeria, as in other regions where terrorists have unleashed their evil acts without respect for morality, extreme measures are sometimes required to contain extremism.

It is a well-known fact that Boko Haram respects no laws at all, including sacred religious laws that the group claims to cherish.

We find it nonetheless very worrisome that Amnesty International has yet to comment on the horrendous, mindless and ruinous activities of Boko Haram.

Lolo noted, however, that “indeed, the victims of Boko Haram’s despicable activities deserve justice and sympathy…