The Desperados Train just hit Abuja, Ibadan, Enugu, and Owerri - Here's how the Launch went down 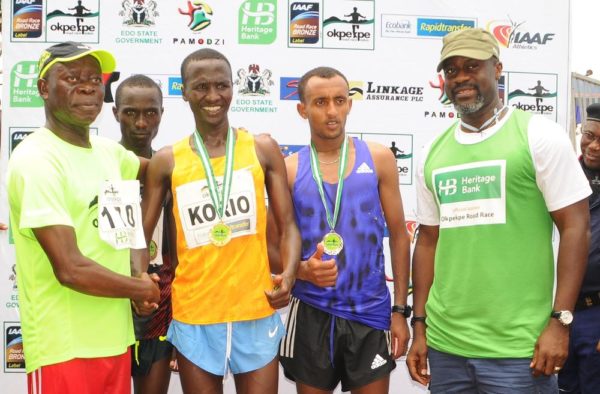 Heritage Bank Limited said its sponsorship of the 3rd edition of the just concluded 10-Kilometre Okpekpe Road Race in Etsako Local Government Area (LGA) of Edo State as the Official Banker, is a further proof that the bank is poised to promote its legacy of innovation through Corporate Social Responsibility (CSR) programmes.

Speaking at the race, which also featured the Edo State Governor, Comrade Adams Oshiomhole among other dignitaries, the Group Managing Director/Chief Executive Officer, Ifie Sekibo said he was happy that Heritage Bank is playing a major role in the evolving sporting brand called Okpekpe Road Race, which attracts elite international athletes to Nigeria. 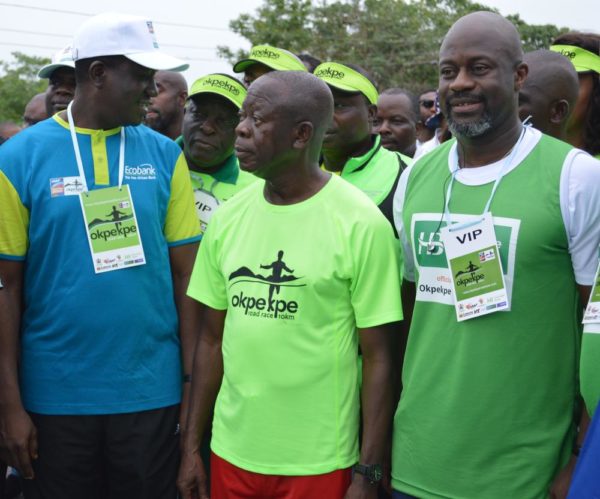 This year’s edition featured 42 foreign marathoners who joined thousands of other Nigerian runners to compete for the coveted prizes. The annual international event has in its short existence of three years attained an International Association of Athletics Federation (IAAF) certification as a bronze label event on its calendar, making it the only IAAF race of such in Africa. 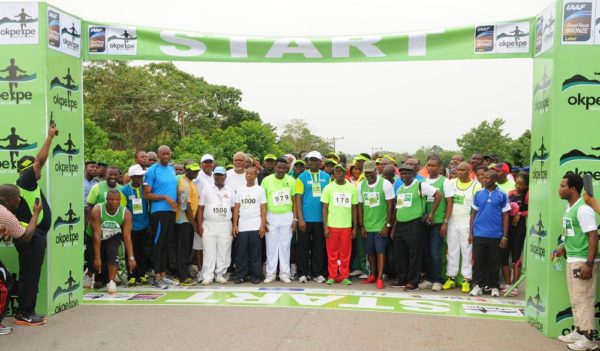 Both female and male winners in the race went home with juicy monetary rewards in the event, which incidentally also attracts the highest total prize money for a 10-kilometer race in the world.  For both the female and male categories, the 1st 2nd and 3rd prize winners received $25,000, $15,000 and $10,000 respectively. Aside from these there were many other prizes won by the first eight place finishers from Edo State.

At the end of the race, Kenya’s Tanui Aifele won the women category in 33.34 minutes, with her compatriots, Rionoripo Purity and Mary Wacere taking the second and third positions respectively. In the male category, Alex Korio also from Kenya came first winning in 29.20 minutes. He was followed by Leish Gabrsellasie of Ethiopia while Amos Mutei of Kenya came third. 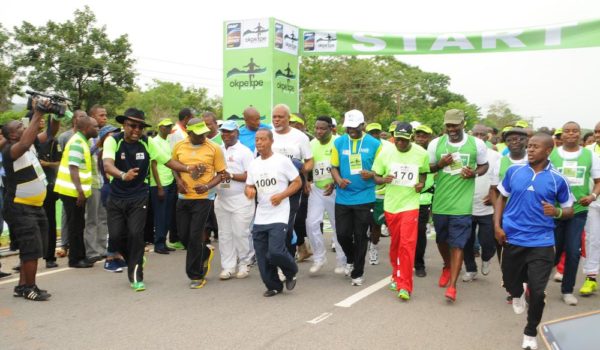 Sekibo, who was represented at the event by the Directorate Head, South Emeke Anene, joined Comrade Oshiomhole to hand over prizes to the winners. He said the bank’s partnership as Official Banker with the promoters of the event, PAMODZI Sports Marketing Limited and the Edo State Government, was in line with the joint bid to create a platform of support and exposure for Nigerian and African youths to international marathons. 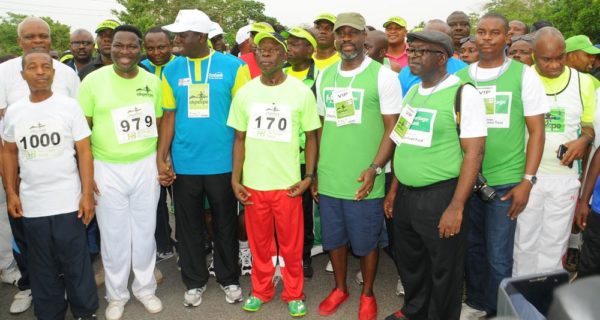 Top officials of IAAF, including its Nigerian president, Solomon Ogba, Chairman of the Nigerian Supporters Club, Dr. Rufai Ladipo, Chairman, organizing committee of the race Dan Ngerem, the race promoter, Mike Itemuagbor and the race Coordinator and Ex-International Yusuf Alli were all on hand to ensure a successful outing while a number of Nollywood actors, former Super Eagle players and coaches witnessed the race.