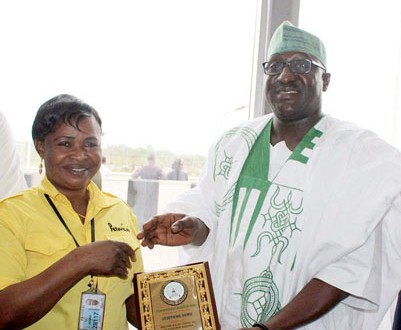 You will recall that earlier in the year, she was honoured by the Lagos Assembly, her employers, and The Redeemed Evangelical Mission TREM.

Deputy Commissioner of Police Airport Command, Haminu Makama, presented a plaque and a certificate to her on behalf of the PCRC members.

Makama urged her to continue with her honesty, despite the high rate of unemployment in the country.

He said Ugwu was honoured for doing the right thing in a society where many would have disappeared with such money.

According to him, her conduct will go a long way in projecting the image of the country, even in the international community.