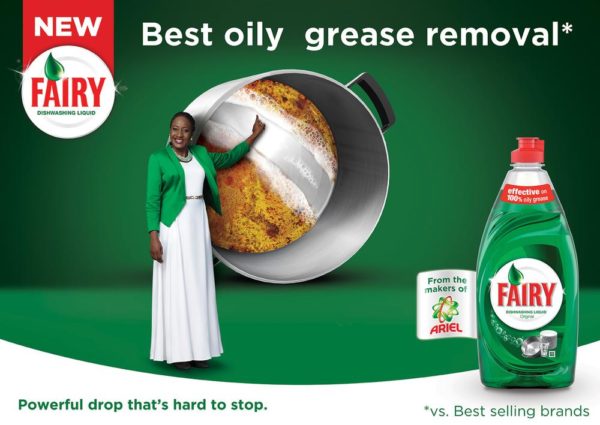 New Fairy Dishwashing Liquid launched in Nigeria in January 2015, promising to be effective on 100% oily grease, while lasting much longer than best-selling competitors. Recent reviews of the product are agreeing with these claims, and more.

Well-known caterers, bloggers and journalists had the chance to try out the product recently, and were impressed with its efficacy on greasy dishes as well as the mileage they got out of the 500ml bottle.

Bode Fadeshe, Head of Catering at Wine and Gold Catering services remarked that: “Fairy is highly concentrated and washes a lot more dishes and utensils over a longer period than all the dishwashing liquids I have used. Fairy’s introduction into the market is long overdue.”

Every other reviewer also described their experience with the product in positive terms, rating the brand well in delivering on its promise of lasting much longer than best-selling competitors, being effective on 100% oily grease and delivering long-lasting suds.

Oke Egbi, blogger and owner of Ladybants.com was initially not convinced, but after she had tried the product, she was a fan: “I was very skeptical of its effectiveness when I first saw it. I was also unsure I would get value for my money, since it is smaller in size than other dishwashing liquids. But I can confidently say that a little drop of Fairy does more than I expected it to.”

Adaobi Alex-Oni, a home maker and caterer in Lagos was pleasantly surprised with other qualities of Fairy: “I wonder why I waited so long to use this product. Fairy is not only gentle on my hands, it also leaves them soft and smelling very nice long after using it. It gives my plates and glass cups that squeaky-clean, shining look and also deodorizes them the whole time.”

Fairy dishwashing liquid is available in Original and Lemon variants at leading retailers across Nigeria. 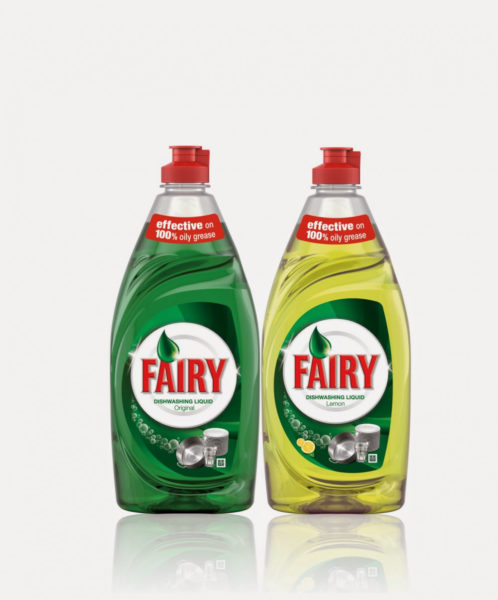 ‘Tale Alimi: The Spreadsheet Guide to Becoming a Boss Lady

Atoke’s Monday Morning Banter: With This Ring, I Thee Bind