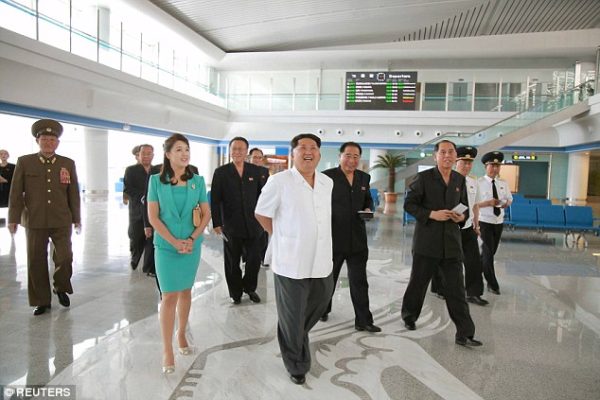 North Korea’s leader, Kim Jong-Un reportedly executed the chief architect of the country’s new Pyongyang Airport, Ma Won-chun, because he disliked the design of the facility.

According to Daily Mail, Won-chun, who was North Korea’s director of the Designing Department of the National Defence Commission, mysteriously vanished last year and was allegedly executed in November.

Reports state that his disappearance coincided with a report released that same month, that revealed that Jong-Un was unhappy with the designs.

In the report, Jong-Un reportedly said:

“Defects were manifested in the last phase of the construction of the Terminal 2 because the designers failed to bear in mind the party’s idea of architectural beauty that it is the life and soul and core in architecture to preserve the Juche character and national identity.

It is necessary to finish the construction of the terminal to be an icon of Songun Korea, the face of the country and the gateway to Pyongyang.”

Following that, Won-chun was reportedly executed for “corrupt practices and a failure to follow orders.”