Say It Ain't So! Rihanna Reportedly Taking a Break from Music to Focus on Fashion Line - '$CHOOL KIlls' 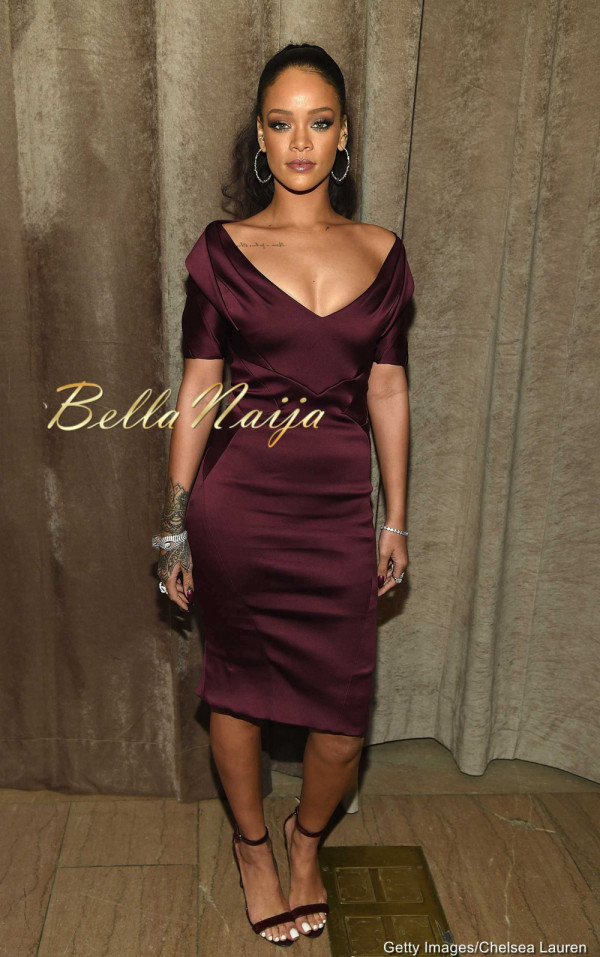 We’ve got good news and we’ve got bad news. The good news is Rihanna is seriously taking on fashion and might even have a fashion magazine – Robin – out soon. The bad news is that means she will be taking a break from music.

According to reports from Grazia Magazine, the 27-year-old singer, who has appeared in loads of fashion ads including those for Balmain and Dior, and has launched successful collaborations with fashion brands; will be focusing solely on building her fashion empire , starting with an accessories line. BellaNaija reported that she has a line of Flash Tattoos, so it seems she has a lot of other ventures in the works.

According to Grazia; “An application was filed last month at the US Patent and Trademarks Office by Rihanna’s company, Roraj Trade, LLC, for a new brand, $CHOOL KIlls.’ It was registered and trademarked in New York on 11 May under the category of ‘leather products’ and ‘clothing products.’“

A close source told the mag that ‘$CHOOL KIlls’ will be an accessories line which will cover everything from totes, later evolving into fashion. The source continued “She still loves the music, and it’s what launched her, but this is her focus right now.” “Rihanna has already had a successful clothing line with River Island and is not limiting herself to just music and touring for the rest of her life. She will continue to release singles and albums, but she’s had plans in place to expland in other areas like fashion, for a good few years now.“

To read the rest of the exclusive, head over to GraziaDaily.co.uk