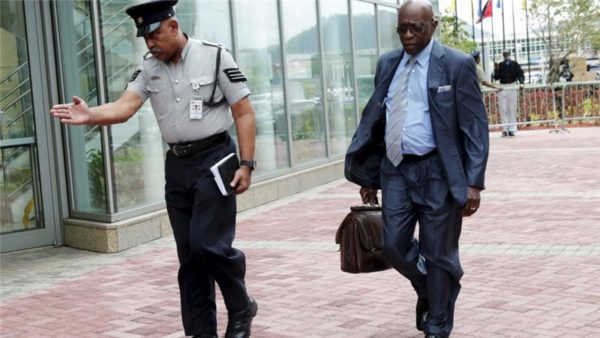 …And the FIFA drama continues.

Barely 24 hours after FIFA president Sepp Blatter resigned over allegations of corruption, Interpol has announced that two FIFA officials and four executives have been placed on Interpol’s “Most Wanted” list on racketeering and corruption charges.

According to Al Jazeera, the directive to place the accused on the list came from US authorities.

Two of the FIFA officials on the list have been identified as ex-vice president Jack Warner and former FIFA executive committee member, Nicolás Leoz.

The Red Notices issued by Interpol are not international arrest warrants.

However, they are used by the organisation to inform its member countries that an arrest warrant has been issued for an individual by a judicial authority and who seeks the location and arrest of wanted persons with a view to extradition or similar lawful action.

Warner is among nine FIFA officials and five corporate executives charged by the US Department of Justice with running a criminal enterprise that involved more than $150 million in bribes.