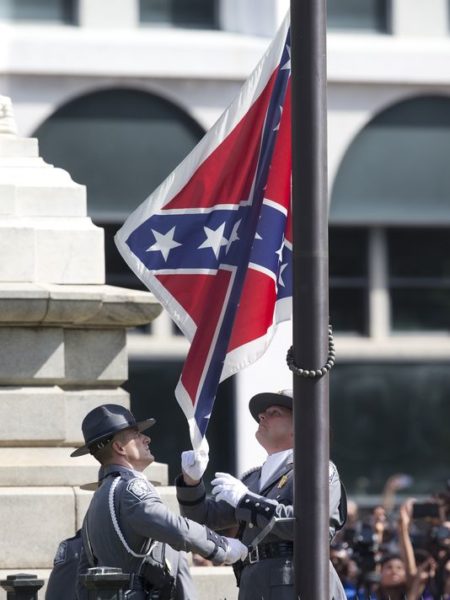 The Confederate Flag on South Carolina’s State House grounds was removed on Friday.

It is an important event, as the flag is a powerful symbol of slavery and the Old South that has roiled emotions in South Carolina for decades, USA Today reports.

The decision to take down the flag is also symbolic, as it is being done in the aftermath of the tragic incident in which a White male gunned down 9 people who were at a prayer service at at a historic African American church in downtown Charleston, South Carolina.

The flag will now be moved into the Confederate Relic Room and Military Museum.