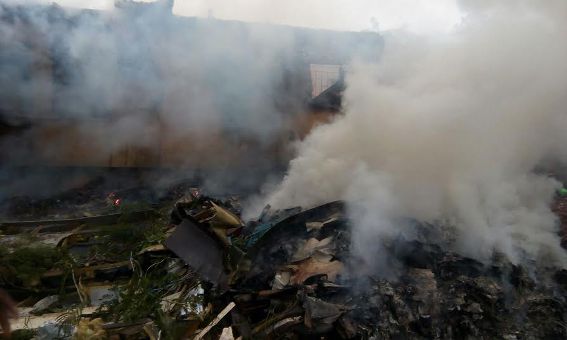 Following the crash of an Air Force helicopter which went down at the site of the old National Defence Academy in Kaduna state earlier today, the Nigerian Air force (NAF) has set up a panel to investigate and find out the cause of the crash.

The crash, which left 7 dead, occurred in the early hours of Saturday morning. The helicopter has been identified as NAF Dornier-228 aircraft with call sign NAF030.

The aircraft was Abuja bound and had taken-off at about 6.45AM from the Kaduna Military Airfield before the incident occurred.

According to a statement issued in Abuja by the director of public relations and information, NAF headquarters, Air Commodore Dele Alonge, the panel to investigate the crash will be headed by an Air Vice Marshal.

According to reports from the News Agency of Nigeria, the bodies of the passengers had been recovered while fire fighters had been mobilized to the crash site to curtail fire from spreading to other buildings in the area.